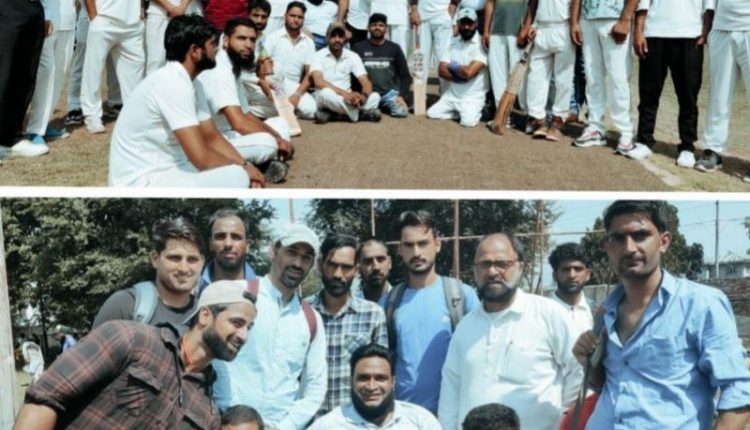 The tournament with the slogan “See My Ability Not Disability” is being organised by Humanity Welfare Organisation Helpline (HWOH) Bijbehara in collaboration with District Administration and Department of Youth Services and Sports.

Eight teams from South Kashmir are participating in the tournament and the inaugural match was played between Zaiba Aapa Cricket Club Anantnag and Apple Town Shopian teams at the college ground. Three more knockout matches were also played during the day.

Speaking on the occasion, the Chairman HWOH said such tournaments encourage the specially abled persons to participate in sports and other activities besides inculcating a positive attitude in them. They feel confident and the desire to accomplish things and excel in every walk of life is ignited in them, he remarked.

The DYSSO said that the district is honoured to host the cricket tourney for specially abled persons and expressed commitment to host such events in future as well.