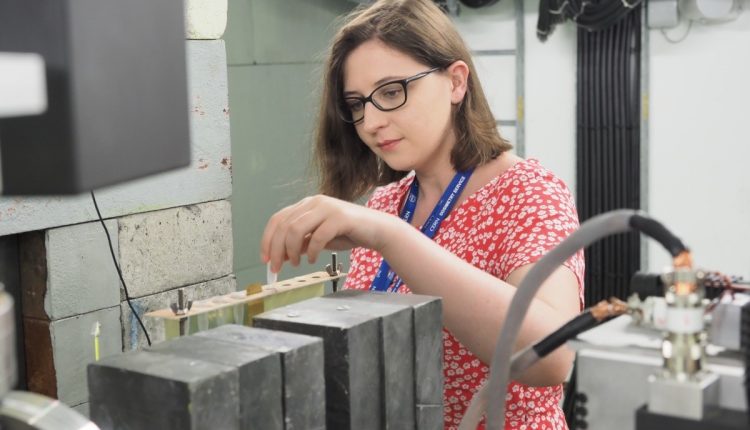 A new research development from The University of Manchester and the Christie NHS Foundation Trust has shown progress for developing a potential new cancer treatment using high energy electron beams.

The collaborative research team have published their findings in Nature’s journal, Scientific Reports, and demonstrated that Very High Energy Electron (VHEE) beams can have a positive effect for treatment with damage to DNA at similar levels to those conventional X-Rays and proton therapy, whilst harnessing the unique technological qualities of electron beams.

Human cells are composed of DNA and this new result is a fundamental step forward for VHEE radiation as a treatment for a number of cancers. This new treatment has the potential to extend conventional treatment with electron beams used in hospital which only penetrate a few centimetres into the body and struggle to reliably reach deep seated tumours.

This new technology has the potential to extend the toolbox of radiotherapy techniques that can be used in hospitals to treat cancer, in particular an ability to treat deep seated tumours with electrons in a robust manner.

Earlier work from The University of Manchester group indicated this radiation is insensitive to intervening media – meaning if the dimension of the lung changes for example (the patient’s breathing) then the radiation will remain targeted to the tumour, limiting the damage to healthy tissue. The results in this new paper are a first to quantify damage to Double Strands of DNA with high energy electrons.

Following experiments carried out by The University of Manchester, at CERN’s CLEAR 250 MeV facility and at Daresbury Laboratory, the findings show Very High Energy Electron (VHEE) beams are effective at causing DNA damage, important for killing cancer cells, for radiation given over the course of several minutes and for the rapidly evolving field of sub-second FLASH radiation.

In the newly published paper the research group focussed on experimentally determining the DNA Double-Strand Break yield and this was used to evaluate the Relative Biological Effectiveness (RBE) — a key value to evaluate the effectiveness of this type of radiation compared to existing radiation treatments. These results, a first in the field, were found to be consistent with established radiotherapy modalities.

Kristina Small, a PhD student, carried out the experiments, Kristina said: “Electron beam treatment has been identified as a candidate for treatment of lung cancer, a cancer which sadly still has a low survival rate. We have shown, through experiments at CERN and Daresbury Laboratory that VHEEs cause a similar level of damage to DNA compared to protons and X-rays.”

Similarities in physical damage between VHEE and conventional modalities gives confidence that biological effects of VHEE will also be similar – key for clinical implementation. The researchers also made detailed Monte-Carlo (statistically based) simulations — and these complicated simulations were consistent with previous experiments.

Professor Roger Jones from The University of Manchester and Cockcroft Institute said: “This paper represents a significant step in verifying the potential of Very High Energy Electron beams to treat cancer. It relies on a seamless collaboration of The University of Manchester’s Department of Physics and Astronomy, The Division of Cancer Sciences, Daresbury Laboratory and CERN, and The Christie NHS Foundation Trust.

“It is the first to quantify both single strand breaks (SSB) and double strand breakage (DSB) in DNA using VHEE beams. To do this we used plasmids which effectively freeze the damage (as plasmids are not equipped with repair mechanisms that living cells possess) and hence enabled us to process the results obtained at CERN back at the Manchester Cancer Research Centre. These results compare well with detailed Monte Carlo simulations. It also explores the exciting regime of FLASH Radiotherapy – which entails delivering a high dose over a sub-second timescale and where early experiments worldwide show potential to spare healthy cells during treatment. This work points the way for a potential new paradigm in radiotherapy.

“Advantages of this technique over existing methods include – potentially more precise and rapid delivery to tumours with reduced fractionation (number of times the patient has to have a follow up radiation treatment) which result in fewer patient visits needed with a more conformal high dose delivered. Recent results in the area of ultra-high dose rate radiotherapy indicate considerable sparing of healthy tissue.”

The next step is to further demonstrate these exciting results in future experiments. In the long term, researchers hope that VHEE therapy will make a valuable addition to the radiotherapy toolkit in order to improve future cancer treatment.

Professor Jim Clarke, Director of ASTeC at STFC Daresbury Laboratory said: “These exciting results have built upon earlier studies with lower electron energy using CLARA at Daresbury Laboratory. The planned energy upgrade of CLARA to 250MeV next year will make it an ideal test bed for further VHEE experiments that could lead to new radiotherapy treatments in the future.”