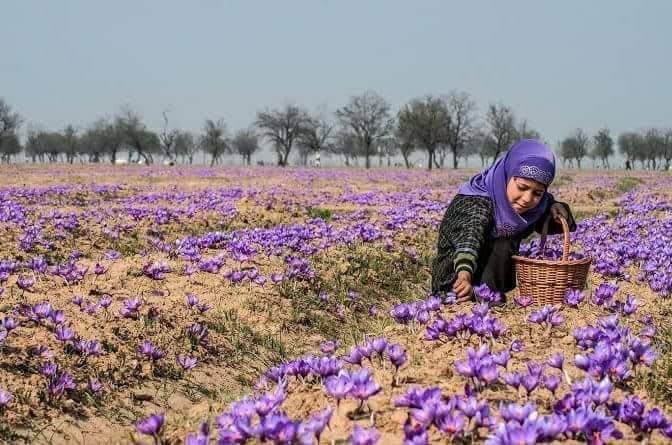 CSIR-IHBT Efforts to enhance cultivation of Heeng and Saffron

New Delhi: Saffron and Heeng (asafoetida) are the most valuable spices of the world and widely used in Indian cuisine since time immemorial. In India, the annual demand for Saffron spice is 100 tons per year but its average production is about 6-7 tons per year. Hence a large amount of Saffron is being imported. Similarly, there is no production of heeng in India and currently about 1200 tons of raw heeng worth Rs 600 crore is being imported from Afghanistan, Iran, and Uzbekistan.

To increase the production of these two spices in India, the Institute of Himalayan Bioresource Technology (CSIR-IHBT) and the Department of Agriculture, Government of Himachal Pradesh, have forged strategic and implementation partnership based on their mutual strengths. This partnership is expected to provide immense benefits to Himachal Pradesh by way of increased farm income, livelihood promotion, and rural development. To facilitate this development, a number of steps will be undertaken such as transfer of innovations by means of capacity building, skill development, and other extension activities of prospective farmers and officers of the Department of Agriculture.

“Introduction of these crops will reduce the import. CSIR-IHBT will provide technical know-how to the farmers, impart training to state agriculture department officers and farmers, and set up corm and seed production centres of Saffron and heeng, respectively, in the state,” said Dr Sanjay Kumar, Director, IHBT.

At present, about 2825 hectares of land is under cultivation of Saffron in Jammu and Kashmir. IHBT has developed the production technology for Saffron and introduced its cultivation in non-traditional areas of Himachal Pradesh and Uttarakhand. The Institute has also developed tissue-culture protocol for the production of disease-free corms.

The Palampur-located Institute has introduced six accessions of heeng from Iran through the National Bureau of Plant Genetic Resources (NBPGR), New Delhi, and standardized its production protocols under Indian conditions. Heeng is a perennial plant and it produces oleo-gum resin from the roots after five years of plantation. It can be grown in unutilized sloppy land of cold desert region.

“Besides providing technical support for the achievement of physical targets of the project, we will also undertake technical supervision of Saffron production areas. Exposure visits of farmers will also be done. A total of 750 acres of land will be covered under these crops in the state in the next five years, said Dr. Kumar.

Dr. R. K. Koundal, Director of the Department of Agriculture, Government of Himachal Pradesh, said that this project will enhance the livelihood of the farmers and will benefit the state and country. “This programme will improve the farmer well-being of the farmers by providing better income prospects and the state will be benefited by cultivation of these high-value crops” he said.

A state-of-the-art tissue-culture lab will be established for large-scale production of quality planting material of these crops.