New Delhi: Due to efforts of CSIR constituent laboratory, Institute of Himalayan Bioresource Technology (IHBT), Palampur, a historical shift in farming practices is in the offing with farmers of the remote Lahaul valley in Himachal Pradesh taking up cultivation of asafoetida (Heeng) to utilize vast expanses of waste land in the cold desert conditions of the region. CSIR-IHBT brought in seeds of asafoetida and developed its agro-technology.

Asafoetida is one of the top condiments and is a high value spice crop in India. India imports about 1200 tonnes of raw asafoetida annually from Afghanistan, Iran and Uzbekistan and spends approximately 100 million USDper year. Lack of planting material of Ferula assa-foetida plants in India was a major bottleneck in cultivation of this crop. The first seedling of asafoetida was planted by Dr. Sanjay Kumar, Director, CSIR-IHBT on 15th October, 2020 at farmer’s field in village Kwaring of Lahaul valley to mark initiation of cultivation of asafoetida in India.

Since asafoetida is a major condiment in Indian cuisines, team CSIR-IHBT made relentless efforts for introduction of this important crop in the country. The institute introduced six accessions of seeds from Iran through ICAR-National Bureau of Plant Genetic Resources (ICAR-NBPGR), New Delhi in October, 2018. ICAR-NBPGR confirmed that in the past thirty years, this has been the first attempt for introduction of asafoetida (Ferula assa-foetida) seeds in the country. CSIR-IHBT raised the plants of heeng at CeHAB, Ribling, Lahaul & Spiti, H.P. under the vigil of NBPGR. The plant prefers cold and dry conditions for its growth and takes approximately five years for the production of oleo-gum resin in its roots, therefore cold desert areas of Indian Himalayan region are suitable for cultivation of asafoetida. 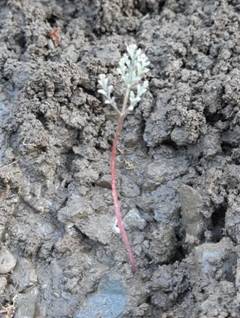 Recognizing the efforts of the Institute, Chief Minister of Himachal Pradesh announced the introduction and cultivation of Heeng in the state in his budget speech, on March 6, 2020. Consequently, MoU between CSIR-IHBT and State Department of Agriculture, Himachal Pradesh was signed on June 6, 2020 for a joint collaboration for the cultivation of heeng in the State. A capacity building program was organized for officers of the State Department of Agriculture from July 20 to 22, 2020 in which twelve officers from different districts of Himachal Pradesh participated.

Further, CSIR-IHBT scientists also organized training programs on asafoetida cultivation and laid out demonstration plots in villages of Madgran, Beeling and Keylong in Lahaul valley of Himachal Pradesh in collaboration with officers of State Agriculture Department for establishment of seed production chain and cultivation of asafoetidaat commercial scale.

TimesPro collaborates with IFAN, Jobizo to upskill nurses and provide jobs at NHS…