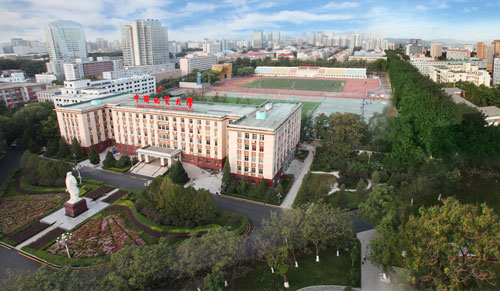 CUG team led by Prof. Timothy Kusky, Director of Center for Tectonics, published “Archean eclogite-facies oceanic crust indicates modern-style plate tectonics” in Proceedings of the National Academy of Sciences of the United States of America (PNAS) on April 4. In the paper, they report eclogite-facies garnet clinopyroxenite associated with metagabbro in 2.52- to 2.53-billion-y-old ophiolitic mélange in the northern Central Orogenic Belt (COB) within the North China Craton, which extends the known age of subduction-related eclogite-facies metamorphism to 2.5 billion years ago. The abstract of the paper is as follows.

Establishing when modern-style plate tectonics with deep subduction began on Earth is one of the biggest questions in geosciences today. A lack of Archean age (>2.5 billion y ago [Ga]) eclogites or eclogite-facies crustal rocks (the high-pressure equivalent of basalt or gabbro) has led to an assertion that modern plate tectonics did not operate in the Archean. Here, we report eclogite-facies garnet clinopyroxenite associated with metagabbro in 2.52- to 2.53-billion-y-old ophiolitic mélange in the northern Central Orogenic Belt (COB) within the North China Craton. The garnet clinopyroxenites with normal mid-ocean ridge basalt (N-MORB) geochemical signatures are relicts of oceanic crust, recording peak eclogite-facies metamorphic assemblages indicating conditions of 792 to 890 °C/19.8 to 24.5 kbar, supported by abundant exsolution microstructures in garnet and clinopyroxene. Zircon U-Pb dating of the metagabbros and a granitic dike cross-cutting the metamorphic layering of the metagabbro constrain deformation and eclogite-facies metamorphism to >2.47 Ga. This finding implies that Archean oceanic crust was subducted to at least 65 to 70 km at the end of the Archean. Together with other asymmetric subduction records in the COB, it is inferred that modern-style plate tectonics evidenced by deep and asymmetric subduction along the circa 1,600-km-long orogen was operating at least by the end of the Archean era, when the planet was making a transition to the Proterozoic, witnessing the Great Oxidation Event, widespread emergence of continents, and development of crown node eukaryotic species on a more habitable planet.

University of São Paulo: WHO warns of marketing that encourages breast milk…

iednewsdesk Apr 11, 2022
Prof. WANG Lizhe has received the Regional Leader Award from the IEEE (Institute of Electrical and Electronics…

University of São Paulo: WHO warns of marketing that encourages breast…

University of São Paulo: In the atmosphere of Mars, sound has two…

University of São Paulo: Games for Change goes beyond entertainment…

University of São Paulo: WHO data show that Brazil is the second…

University of São Paulo: Green flag can represent a reduction of up to…