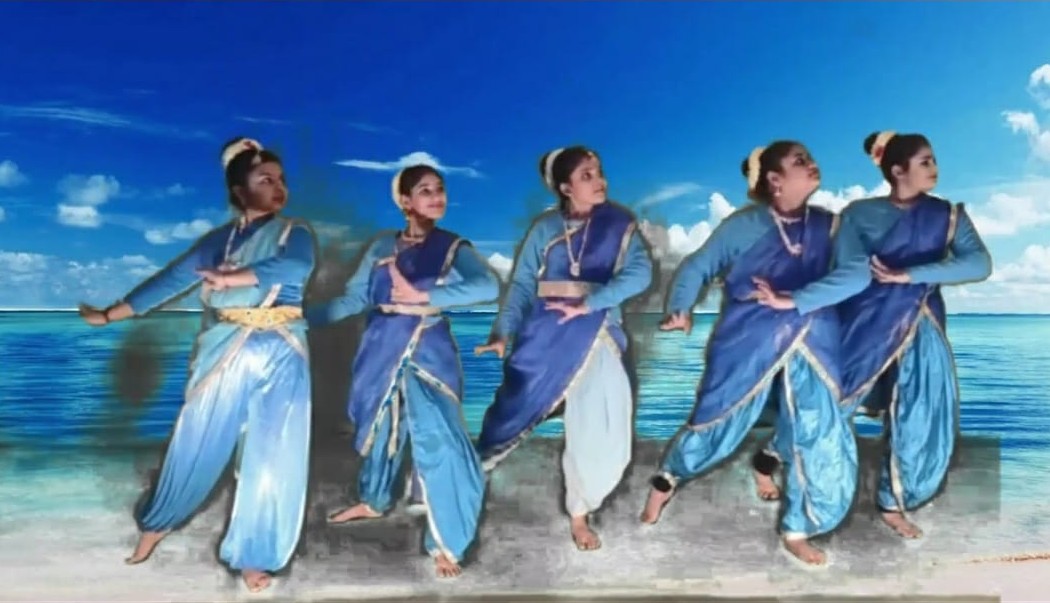 Faridabad: Apeejay Svran Global School, located in Faridabad, Sector 21-D, recently celebrated its Annual Appreciation Day themed ‘Braving the Storms’. Keeping up the zeal that the show must go on, the event was virtually organised. A vivid colourful evening was arranged wherein children showcased their talent.
The show began with the offering of a flower tribute to Dr Stya Paul, Founder Chairman of Apeejay Education and Saraswati Vandana to seek the blessings of Goddess Saraswati.
Above all, thousands of attendees were spellbound to witness a series of folk dance performances by students representing the cultural diversity of different Indian states through this virtual event. In another programme, students presented the unique identities of different Indian territories while stating how they are not different from one another. Other special performances by students at this extravaganza included songs, Kathak dance fusion, and a play.
Mr Sanjay Joon, IAS, Divisional Commissioner, Faridabad graced the occasion as the esteemed Chief Guest and Dr Arpit Jain, IPS, was the Guest of Honour for the evening. Mr Aditya Berlia, Co-Promoter, Apeejay Stya & Svran Group, and Co-Founder & Pro-Chancellor Apeejay Stya University presided over the function and blessed the students & motivated them to prepare themselves for the future challenges with hard work, diligence, and perseverance.
Appreciating the effort made by the students, Mr Sanjay Joon highlighted the fact that while skills and technology are becoming obsolete in the fast-paced world, what remains constant is the fundamental learning and attitudinal skills.
The Guest of Honour, Dr Arpit Jain, also emphasised imparting value education and developing more compassionate citizens of tomorrow. The programme ended with the school song and the vote of thanks was presented by the school’s pupil leader.
The Principal, Ms Deepika Arora, presented a formal welcome and the school’s annual report including the achievements. The winners were felicitated by the honorable Chief Guest, Guest of Honour, and Mr Aditya Berlia. Yash Tomar & Sneha Kumari were awarded the Subject Excellence Award, Simran, Vanshika Bhatia & Deepanshu Chowdhary (Class XII) were awarded the Stream Toppers Award and Ayushi, Tanisha & Anoushka (Class X) were rewarded for excellent performance in CBSE Board Exams.
Anshika Bhattacharya, Ravkirat Gulati, Aviral Mathur, and Natasha Choudhary were awarded the Dr Stya Paul Award for Human Values for the year 2020-21. Every year, the Apeejay Education and Apeejay Stya University facilitate this award to selected students who show great human virtues in their demeanor. Many other students were awarded for their extraordinary achievements in the co-scholastic areas too.