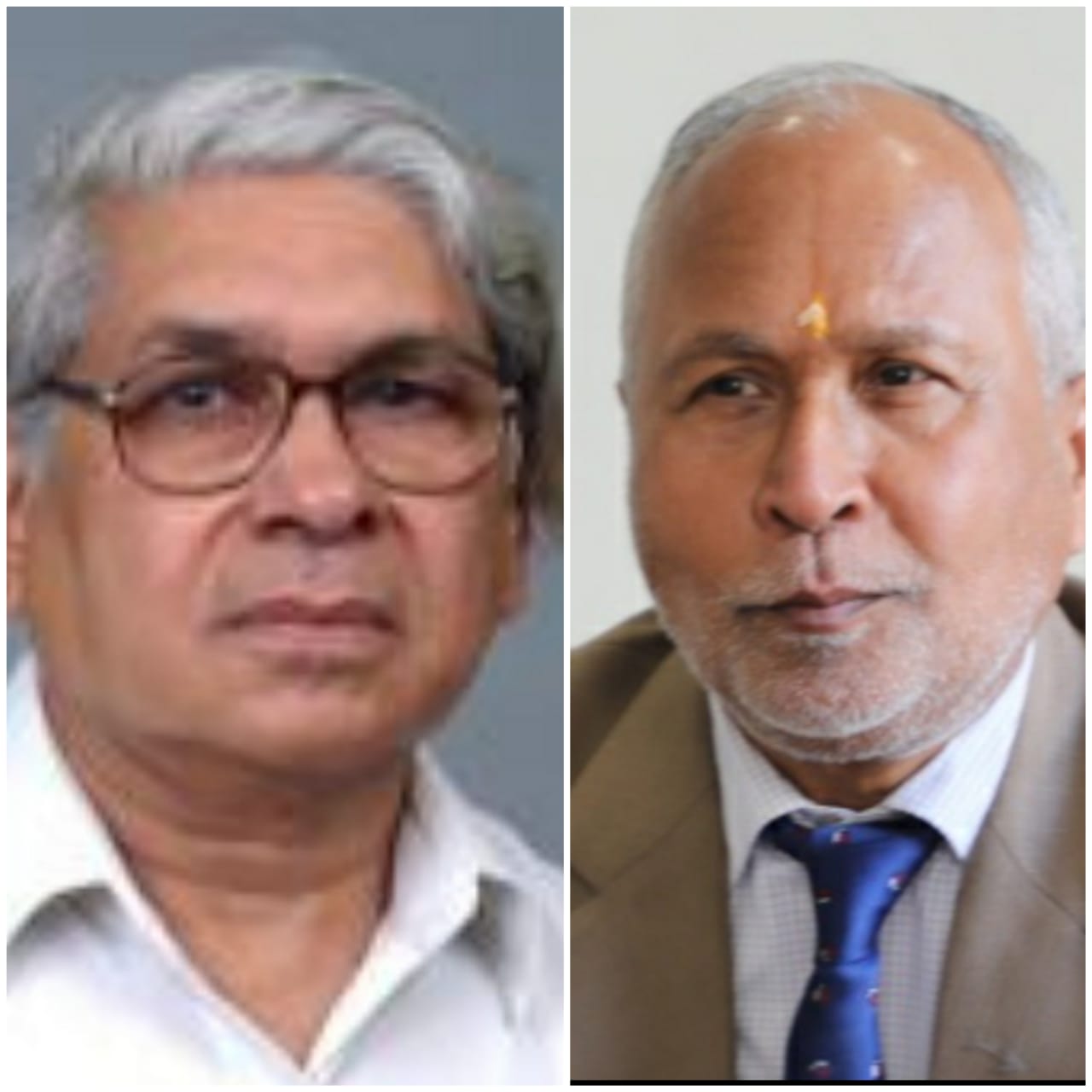 Bathinda, June 8: The Dept. of Botany, Central University of Punjab, Bathinda (CUPB) celebrated World Oceans Day by organizing a Webinar on the topic ‘Planet Earth’s Oceans: Its flywheel’ and an International Quiz. The theme of Oceans Day Celebrations was ‘The Ocean life and livelihoods’. The invited speaker of the programme was Prof. Vinod Kumar Gaur, Shanti Swarup Bhatnagar Award Winner (1979) and Former Secretary, Ministry of Earth Sciences, Government of India. This programme was part of the UN World Oceans Day celebrations.

At the start, Dr. Felix Bast, HoD, Dept. of Botany welcomed the participants. While introducing the keynote speaker, Dr. Bast mentioned that Prof. Vinod Kumar Gaur is a world acclaimed Seismologist and the first person who used GPS to calibrate velocity of Indian tectonic plate moving toward Eurasian plate.

Prof. Vinod Kumar Gaur mentioned that the earth’s ocean acts as its flywheel as it circulates large reservoirs of energy & minerals and helps in stabilizing the temperature by absorbing large amounts of heat. He highlighted, how the oceans open up vast avenues for economic prospecting including rare earth minerals. He also discussed the role of Ocean Conveyor Belts, caused by thermohaline currents in the deep ocean and wind driven currents on the surface, in the movement of water across the globe. Prof. Gaur said that, “Although nearest coastline is hundreds of kilometres away from Punjab, this area had been a coastline approximately 55 million years ago”. He highlighted that to mitigate the impact of carbon emission and greenhouse, the oceans have degraded their own health and gradually became warm and acidified, thereby increasing the sensitivity to climate change. Prof. Gaur also discussed the adverse effects of increase in ocean water temperature on marine species and emphasized that scientists across the world should work towards creating technologies that can harness the cyclic energy of oceans and nourishing its regenerative potential.

In his presidential address, Prof. Raghavendra P Tiwari, the Vice Chancellor of Central University of Punjab, asserted that the increase in water pollution levels have enhanced the toxicity in several pockets of ocean to the dangerous level which threatens the existence of marine life in such areas. He stated that the impact on one component of the earth system will adversely affect other components. Hence all components of earth system viz., lithosphere, biosphere, hydrosphere and atmosphere have to be viewed and treated as an integral entity to save human civilization flourishing on mother earth. The technologies developed for harnessing natural resources should be on Sustainable Development Goals to ensure that the various component ecosystem co-exists in the healthy manner and supplement and complement each other.

During this programme, an International Quiz Competition was also conducted in which 1360 participants from all over the world attended 15 questions on the theme of Oceans. Jaya Krishnan VM from Kerala, Anita Suresh Parsekar from Goa, and Rahul Mukherjee from West Bengal won first, second and third prizes, respectively. A large number of faculty members, scholars and students from different departments of the university and elsewhere attended this programme.