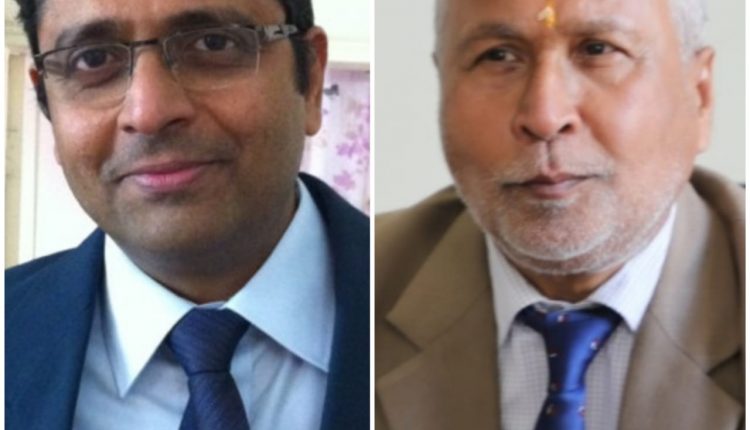 Bathinda: To commemorate the 102nd Anniversary of Jallianwala Bagh Massacre, Central University of Punjab under the patronage of Vice Chancellor Prof. Raghavendra P. Tiwari organized a special lecture on ‘Jallianwala Bagh: Martyrdom to Freedom’. CUPB conducted this programme as the part of Aazadi ka Amrut Mahotsav Programme Series. The keynote speaker of this programme was Shri Rajesh Ramachandran, Editor-in-Chief, The Tribune.

The programme began with the welcome address by Prof. Ramakrishna Wusirika, Dean In-charge Academics. Dr. Bawa Singh, HoD, Dept. of South & Central Asian Studies, put a light on the programme theme. While introducing the keynote speaker, Dr. Rajinder Sen mentioned that Shri Ramachandran is an acclaimed editor, columnist, and reporter with over 25 years of experience. He added that Shri Ramachandran has edited the famous book ‘100 Years of Jallianwala Bagh: Martyrdom to Freedom’.

In his keynote address, Shri Ramachandran stated that ‘Vaisakhi’ and ‘Jallianwala Bagh Massacre’ are the reminder of oneness of our nation. He mentioned that Jallianwala Bagh Massacre was the supreme sacrifice and martyrdom of thousands of people who assembled on 13th April, 1919 to protest against the imposition of the Rowlatt Act, stopping Mahatma Gandhi to visit Punjab and the imprisonment of popular Punjab leaders such as Dr. Saifuddin Kitchlew and Dr. Satyapal. He added that the merciless murder of nearly a thousand peaceful protestors by Brigadier-General Reginald Dyer and his British Indian Army was the pivotal event in the history of Indian Independence Movement which has united people across the country to fight for their independence. He put a light on the series of events happened in Indian Independence Movement that has occurred as a result of this Massacre such as renunciation of Knighthood by Indian noble laureate Rabindranath Tagore, Mahatama Gandhi’s Satyagraha and Non-cooperation Movement (1920-22), assassination of Michael O’Dwyer, the colonial officer responsible for Jallianwala Bagh Massacre, by Sardar Udham Singh in London in 1940 etc.

During his lecture, Shri Ramachandran also highlighted the distinguished role played by ‘The Tribune’ Newspaper and its Editor Kali Nath Ray in inculcating a sense of unity and patriotism among its readers during those times with their objective reporting, enquiring about the events, and investigating reporting. He shared that British government has imposed seditious charges on Kali Nath Ray, the Editor of The Tribune, for writing a series of articles against the policies of British Government and send him to prison. He asserted that in spite of these hardships, The Tribune continued its fearless journalism and in 1975 it was The Tribune who published the article of VN Dutta that states that Jallianwala Bagh was a Conspiracy and a planned brutal event by British Government. He shared that the Book on ‘Martyrdom to Freedom’ is the testimony to the tribune commitment to fearless and objective reporting.

In his presidential remarks, Vice Chancellor Prof. Raghavendra P. Tiwari expressed his gratitude towards Shri Ramachandran for accepting the invitation. He opined that the Book entitled ‘Martyrdom to Freedom’ edited by Shri Ramachandran is a valuable addition to recorded history as it provides profound insights of the incident with priceless articles from the archives of the newspaper and essays of some of the best-known authors, thinkers, and historians. While paying tribute to the martyrs \of Jallianwala Bagh Massacre, he stated that the nation will always remember their sacrifice.

Towards the end Shri Kanwal Pal Singh Mundra, Registrar, proposed formal vote of thanks. Faculty, staff members, scholars and students of the university attended this programme through an online platform.