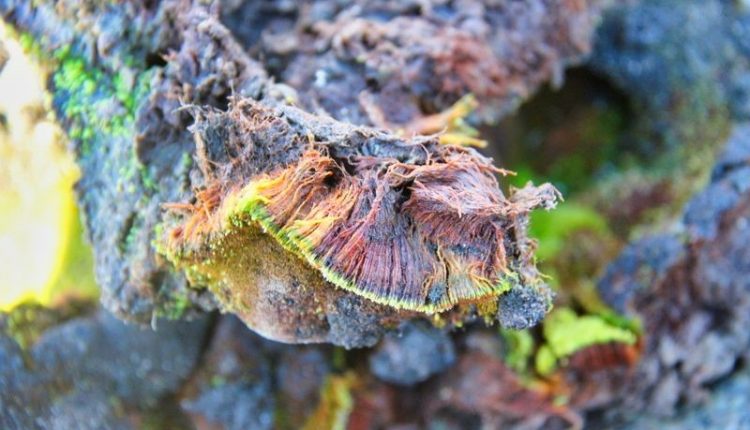 CUPB Scientists discovered a new plant species of moss in Antarctica, named it Bryum Bharatiensis as a tribute to Indian Goddess Saraswati

· The discovery is an indication of climate change effect and changing biodiversity pattern in Antarctica, Prof. Raghavendra P. Tiwari, CUP Vice Chancellor · The finding is significant as this is the first plant species discovered in the 40 years of ‘Indian Antarctic Mission’, Dr. Felix Bast, CUPB Polar & Marine Biologist

Bathinda : The Polar & Marine Biologist of the Central University of Punjab, Bathinda (CUPB) discovered a new native plant species of moss from eastern Antarctica. The species is named ‘Bryum bharatiensis’ as a tribute to goddess Saraswati (also known as ‘Bharati’) and one of India’s Antarctic Station ‘Bharati’. The research paper describing the discovery has been accepted for publication by ‘Journal of Asia-Pacific Biodiversity’.

This species was discovered by Dr. Felix Bast, CUPB Polar & Marine Biologist, and HoD, Dept. of Botany, CUPB, during his Antarctica visit as an expedition scientist in Indian Antarctic Mission 2016-17, where he found green plants on rocks near Bharati station at Larsemann Hills, East Antarctica. After returning back to CUPB, Dr. Bast along with his Ph.D. student, Mr. Wahid Ul. Rahman and collaborator Dr. Kriti Gupta (HoD, Department of Botany at DAV College, Bathinda) performed taxonomic assessments & various studies which confirmed that the species is a new species of moss discovered for the first time in the world. The authors used an approach combining morphology-based traditional techniques with DNA Sequence-based modern tools for formalizing the species discovery.

Prof. Raghavendra P. Tiwari, the Vice Chancellor of the Central University of Punjab, congratulated the research team for this discovery. He stated that this discovery of ‘moss on ice’ in Antarctica is significant & alarming for the world, as it indicates the climate change effect resulting into changing biodiversity pattern in Antarctica.

Prof. Anjana Munshi, Dean Research, informed that this is the sixth species discovery from the research group of Dr. Bast, all earlier five were new species of marine seaweeds from Indian coasts. She added that, although this discovery adds achievement to our University Researcher Team, the increasing biodiversity on the south pole of the earth indicates the rise in temperature at the polar continent.

Dr. Felix Bast mentioned that this is the first and the only plant species discovery resulting from 40 years of Indian Antarctic Mission, which began in 1981. He said “Antarctica is now getting greenified; many temperate species of plants that previously could not survive in this frozen continent are now seen everywhere because of warming up of the continent.”

Besides the new species discovery, the study also revealed two new taxonomic records. The moss Bryoerythrophyllum recurvirostrum was recorded for the first time from Larsemann Hills and the moss Coscinodon lawianus from Schirmacher Oasis. The researchers hypothesised that moss in severe winters in Antarctica can dry up to the dormant stage while covered under tonnes of snow and it springs back to life by soaking water when the snow melts in summer.

University of Technology Sydney: Lighting up a street view of human cells

iednewsdesk Jul 25, 2021
A University of Alberta researcher is working to capture the power of sunshine to boost canola yield for western…