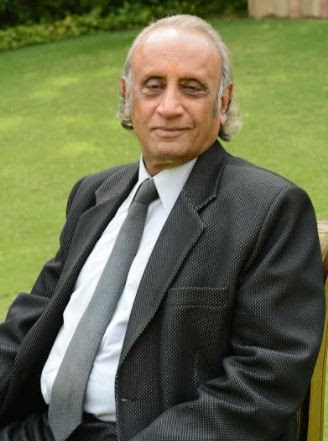 Dalmia Group, led by Sanjay Dalmia to Set up Hospital & School at Ayodhya

New Delhi: Dalmia Group said it has planned to set up a world-class hospital and a modern school for higher learning at Ayodhya in Uttar Pradesh.

The Sanjay Dalmia led Dalmia Group has approached the Uttar Pradesh Government to acquire land for building the hospital and the school at Ram Janambhoomi Ayodhya, which is regarded as one of the scared cities of India.

It is in an advanced stage of talks with the state government following a requisition for allotment of 10 acre land at Ayodhya has already been made to the UP government.

Commenting on this initiative, Shri Sanjay Dalmia, Chairman, Dalmia Group of Companies, said, “It was my father’s dream to see Shri Ram Janmabhoomi as a world class model, symbol of righteousness and an inspiration for the entire world. In his memory, we are embarking upon two ambitious projects at Ayodhya for the overall development of the area. First, we are planning to build a state-of-art-health facility, which will be a charitable hospital offering free treatment to the needy. Secondly, in the memory of my mother, we will build a school of higher learning to provide the right education to children.’’

After the announcement and inauguration of the construction of Ram Mandir at Ayodhya, Dalmia Group is the first corporate which has initiated two virtuous and constructive projects there for the welfare of society and nation at large.

Hospital Project: One of Dalmia Group Companies, Dalmia Healthcare Pvt. Ltd., is to establish a world-class health facility with most modern state-of-art equipment in the memory of Late Shri Vishu Hari Dalmia, which will cater to the growing needs of people of Ayodhya.

School Project: Dalmia Biz Education, another company of Dalmia Group, is to set up a school-Lalita Maa Dalmia School Of Higher Learning – in the memory of Late Shri Vishnu Hari Dalmia’s wife. With a view to imbibing the traditional values of Indian culture and ethos, the school will have all new teaching techniques and focus on the overall development of children. Its curriculum will be designed accordingly.

‘’We are confident of starting these two social projects as soon as we receive the required land from the UP Government on a long-term basis. We would like to complete the construction of the hospital and school along with Shri Ram Temple,’’ Mr. Dalmia added.

“Micro ATM is a game changer in India” Says RapiPay

iednewsdesk Jun 19, 2021
The rising number of typhoons and incidents of heavy rain across Japan has meant an increase in the occurrence of…

University of Glasgow: Poorer Health In Most Deprived Areas May Be…

University of Texas at Austin: System Linked to Operational Hospitals,…