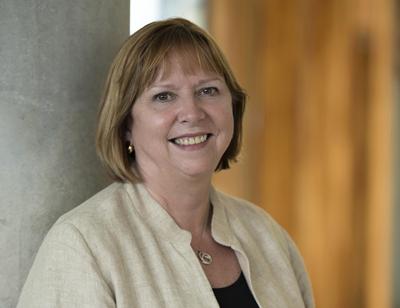 One of the world’s most influential computer scientists has welcomed the publication of a new independent report aimed at guiding the UK government’s strategic direction on Artificial Intelligence (AI).

University of Southampton Professor, Dame Wendy Hall, Regius Professor in Computer Science and Executive Director of the Web Science Institute, says she is excited to see the release of the AI Council Roadmap. Dame Wendy contributed significantly to the Roadmap as a member of the UK’s AI Council and also in her capacity as the country’s AI Skills Champion. The Roadmap builds on the UK government’s AI Review, published in 2017, which was co-chaired by Dame Wendy with Jerome Presenti, former CEO of BenevolentTech and now Vice-President of AI at Facebook.

The AI Roadmap sets out long-term ambitions and suggests near-term directions for all government departments, with the aim of cementing the UK as one of the very best places in the world to live with, work with and develop AI. This report has two underlying messages; the first is a need to “double down” on recent investment the UK has made in AI and the second is that the UK must look forward, to the horizon, and be adaptable to disruption.

The Roadmap emphasises that the UK starts from a place of strength in research, enterprise and regulation, and with its history of recent support for AI it stands among the best in the world. It also advocates that the UK government’s ambition should push for scale and reliability in areas of unique advantage. To be influential in attracting talent, shaping global markets and global governance, its authors call on the government to build a UK National AI strategy that scales up its investment for a decade and beyond.

“I am really excited to see the release of the AI Council Roadmap which builds on all the wonderful work done since the AI Review in 2017,” said Dame Wendy. “The state of AI has changed much since then, and I am very much looking forward to being part of developing the ideas and recommendations described in the Roadmap. In particular, it is vital we keep our foot firmly on the accelerator with regards to skills and diversity.”

Estimates show that AI could deliver a 10% increase in UK GDP in 2030. If approached correctly, this would offer huge benefits to the economy, to recovery and resilience, the environment and for people from all walks of life across all parts of the UK.