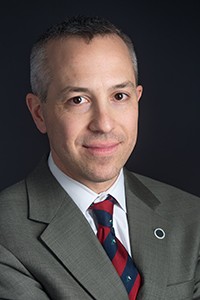 Daniel Zarrilli, former Chief Climate Policy Advisor to New York City Mayor Bill de Blasio, has been named a Special Advisor at Columbia University, where he will consult on all matters of institutional sustainability and climate action.

Zarrilli will report to Senior Executive Vice President Gerry Rosberg and partner closely with Columbia’s new Climate School and its leadership in translating the recommendations and research of Columbia’s climate experts into action across the university. He brings to this new position a wealth of knowledge and expertise in dealing with the most urgent and consequential climate and sustainability challenges facing the world, honed through extensive experience in government and with stakeholders across the region and around the globe.

Zarrilli is joining Columbia at a moment when the university is strengthening and elevating its approach to issues of climate and sustainability. In recent years, the institution has launched the Columbia Climate School, committed to carbon neutrality, and established a non-investment policy in gas and oil companies. Earlier this week, President Lee C. Bollinger announced that the new Climate School will be led by a team of four climate experts: Alex Halliday, Jason Bordoff, Ruth DeFries, and Maureen Raymo. Zarrilli will also be partnering with Columbia’s Office of Environmental Stewardship, dedicated to reducing the university’s environmental footprint across its campuses.

Headshot of a man with short hair in a grey suit, white shirt, and red and blue tie.
“Dan Zarrilli is well known as a visionary and effective leader in New York’s developing climate adaptation and mitigation plans,” said Halliday, who is also Director of Columbia’s Earth Institute. “He has been especially strong at fostering collaborations between city and state leadership on the one hand and climate experts on the other, enabling an informed and trusted perspective. He is perfect for Columbia at this particular time as we seek to build out this interface.”

For the last eight years, Zarrilli served in senior climate and resilience roles in the administrations of Mayor Michael Bloomberg and Mayor de Blasio. During his tenure, he launched a comprehensive $20 billion climate adaptation and resilience program in the wake of Hurricane Sandy, designed to prepare New York City for rising temperatures and sea levels.

He was also responsible for aligning the city’s greenhouse gas emission reductions with the 1.5 Celsius target of the Paris Agreement, committing to divest the city’s pension funds from fossil fuel reserve owners, and investing billions into climate solutions. He oversaw efforts to end the expansion of fossil fuel infrastructure serving New York City, build a global city-led fossil fuel divestment network, reach a first-of-its-kind agreement with FEMA to provide new climate-smart flood maps, and launch a groundbreaking program to embed environmental justice into the city’s decision-making, all as part of the city’s long-term sustainability plan, OneNYC 2050, which he oversaw.

Zarrilli served on the National Oceanic and Atmospheric Administration’s advisory committee for the sustained National Climate Assessment and FEMA’s National Advisory Council. He also advised the State of Louisiana on its 2017 Coastal Master Plan update.

“Columbia cannot help transition society to a net zero future or make the necessary adaptations to lifestyles as the climate changes without strong and effective engagement with communities, businesses, and governments” said Halliday. “This is something that the Climate School is being established to facilitate. Dan’s involvement will strengthen our capabilities in this area, while assisting us as we move forward with our own campus sustainability.”

“Climate change is the global crisis of our time and will impact every aspect of our lives and our society,” said Zarrilli. “I’m proud to join Columbia University to support the creation of its new, world-leading Climate School and to advise on pathways to achieve the university’s deep decarbonization goals. There is no better place to empower the next generation of climate leaders to move past fossil fuels, and I look forward to working with the entire Columbia family to ensure an equitable and sustainable future here in New York City and around the globe.”