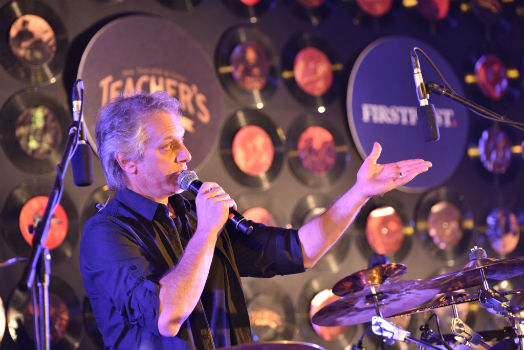 Dave Weckl Drums Up Magic With Absandey At The Jazz India Circuit, Leaves Audiences In Awe

New Delhi: With a stellar line-up of prodigious young talent and legends of the genre, the first of Jazz India Circuit’s twin concerts organised by Teamwork Arts in the National Capital drove the city’s jazz-lovers to a weekend of extraordinary music at One Golden Mile, New Delhi.

Produced and presented by pioneering entertainment company Teamwork Arts, the 2017-18 season of the Jazz India Circuit is all about getting into the groove, the subtleties of rhythm and the power of percussion with legendary jazz drummers headlining an electrifying series of concerts across the country. The JIC 2017-18 season has brought to India some of the world’s finest percussionists and drummers; the season began with Scandinavian drumming exponent Joost Lijbaart performing at the JIC Launch Concert at Gurugram and Jojo Mayer headlining the Goa International Jazz Live Festival. While the first leg features Dave Weckl, Teamwork Arts announced that the second leg of JIC Delhi will host Grammy-nominated percussionist and winner of the prestigious Thelonius Monk International Jazz Competition, Jamison Ross.

Speaking on Jazz India Circuit’s Delhi edition, Sanjoy Roy, M.D., Teamwork Arts said, “We are delighted to have the jazz season roll into Delhi. Jazz India Circuit is a dynamic musical journey and with each concert, the performing legends lend momentum to it. Our effort is to get the best of jazz to discerning audiences and include more cities under the JIC fold.”

Rhythm Shaw, who opened the concert on Saturday and performed an acoustic set, said, while talking about the JIC concert, “A platform like this gives a chance to the audience to listen to this kind of music that is being created by musicians all over the world.”

The evening progressed with a performance by London-based John Law’s Congregation featuring John Law who is acclaimed for his work in a wide variety of contemporary jazz projects. The band performed a number of songs; I Sink Therefore I Swam, The Kiss, When Planets Collide, and the title track from their new CD called These Skies in Which We Rust, which is based on a poem by Law’s daughter.

The closing act on Day 1 was by renowned Danish guitarist, composer and improviser Alex Jønsson who played Nordic jazz. Speaking about his experience of performing in India for the first time and bringing a different kind of jazz to Delhi, he said, “It is amazing to be here. There were 3 different kinds of acts tonight, all some kind of jazz but very different, and the thing that combined them is the playfulness. Improvisation in jazz is what defines it.”

On Sunday, Karan Khosla Trio, an instrumental jazz outfit focused on the “bebop” genre, took to the stage and performed different standards from the 40s and 50s. Talking of their experiences, a band member said, “We’re so grateful to Jazz India Circuit for giving us an opportunity to play here. Performing the opening set for Dave Weckl is a dream come true, especially for a drummer.

The evening progressed with an extraordinary performance by The Diaspora House, a project that combines original music by drummer, arranger and composer Udi Shlomo blending the unique sound of jazz and world music along with diverse traditional Jewish soundscapes including Ashkenazi (East European), Sefaradi (Spanish) and Mizrachi (Arabic).

The spectacular finale featured an intense and dynamic soundscape where drumming legend Dave Weckl performed with Joe Johnson and Absandey, featuring bass prodigy Mohini Dey. Commenting about the performance, Dey said, “It was beautiful performing at the Jazz India Circuit here in Delhi, made even more special by playing with Dave Weckl, an international drumming sensation”. The performance brought the audience to its feet as they clung to every beat and begged for more. Weckl submitted to audience requests and ended the performance with a spectacular solo that marked the end of a mesmerising weekend of music.

Jazz enthusiasts can now look forward to the last leg of the JIC in Delhi on 17th March, which will be headlined by the Grammy-nominated Jamison Ross. A composer, arranger, vocalist and drummer, Jamison takes listeners on a musical journey that unifies his drumming abilities and vocal assets. Jamison gained worldwide acclaim as a featured musician in Tribeca Film Festival’s winning documentary CHOPS, a film that followed the school’s jazz ensemble as it prepared and performed in the renowned Jazz at Lincoln Center’s Essentially Ellington Festival Competition.