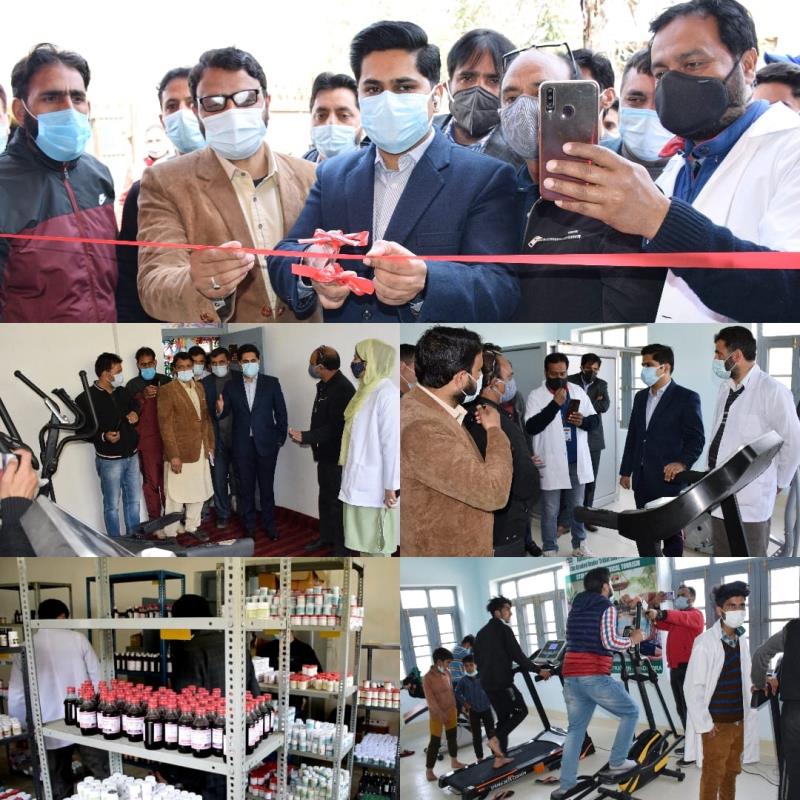 While dedicating the institution to the public, the DC said that the Welness Centre has been built in convergence mode with Tribal Sub-Plan and modern equipments for fitness of local population has been envisaged.

The area wore a festive look after the centre was inaugrated as it has become source of attraction in the area. The facilities like cupping, massaging, yoga , gym and Ayush medical consultation are also available for the locals.

The DC expressed gratitude to Director Tribal affairs for supporting this initiative in Health Sector of Bandipora. He further hinted at opening and upgradation of 5 more Health and wellness centres in the district under ISM sector.

He stated that further steps will be taken for promoting Heath and Medical tourism in Bandipora.