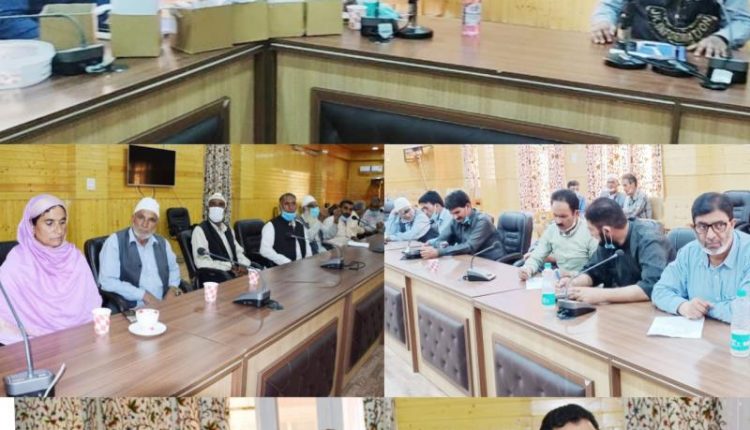 It was informed that the Department of Fisheries conducted randomization to draw lots for allotment of houses to the fishermen community.

Officers informed that 142 houses have been alloted during the current financial year including 30 houses in Lajerwalpora, 30 in Zurimanz, 40 in Kulhama, 40 in Sumbal and 2 in Zalwan.

Assistant Director Fisheries said 553 applications were received and the selection was done randomly by draw of lots in proper independent supervision.

It was further given out that 2697 new fisheries licences have been issued during the current year.

The Deputy Commissioner on the occasion stressed on the officers to ensure speedy disposal of cases so that work to construction houses can be started at earliest.

Meeting also discussed threadbare issues that hinder the smooth implementation of the scheme and directions were passed to remove those bottlenecks.

Among others, the meeting was attended by Joint Director Planning Imtiyaz Ahmad, Assistant Director Fisheries, District Information Officer Jehangeer Akhoon, Executive Engineer R&B and other senior officers of the district.

iednewsdesk Oct 20, 2021
The United States Centers for Disease Control and Prevention have suggested that smokers who are unable to quit…