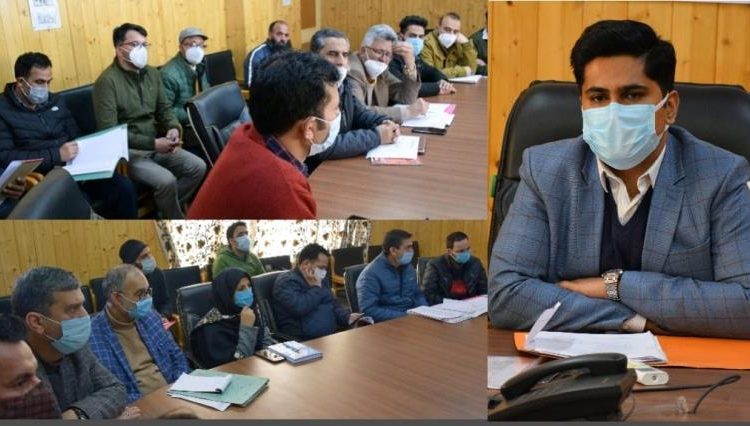 The meeting held a threadbare discussion on various contours of the Micro Food Processing scheme and it’s on ground implementation. It was given out that 16 cases have been received for recommendation to UT level Nodal Agency, which has been sent to consultants and EDI for technical wetting and financial viability.

Officers informed that poultry and mutton processing has been identified as focused product in Bandipora. The District committee with designated members discussed the scheme threadbare for laying robust Road map for implementation.

All the stakeholders were asked to submit an action plan with regard to the establishment of the micro enterprises at the block level in consultation with concerned public representatives.

The financial institutions including NABARD and others have also been directed to provide hassle free assistance to the prospective entrepreneur.

The DC laid emphasis upon all the officers to work in a coherent manner and remove all the bottlenecks to facilitate early sanctioning of cases under PM-FPE ‘One District One Product programme’.

He directed officers of the concerned departments to hold workshop by Involving allied departments for raising awareness among youth at large.

The meeting was attended by Joint Director Planning Imtiyaz Ahmad, General Manager Industries and other senior officers of the district.