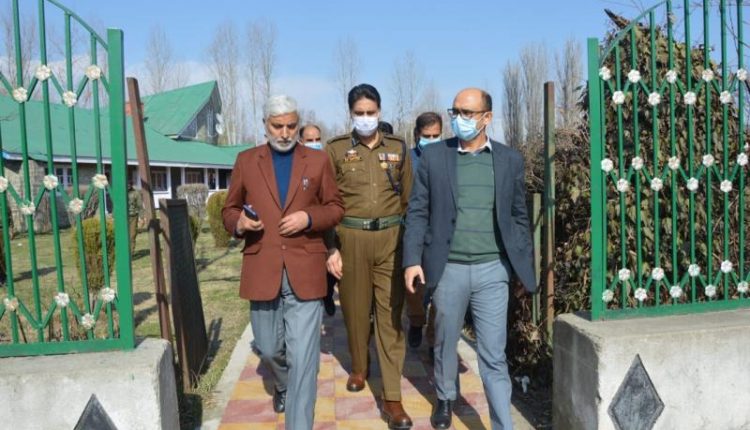 It is worth here to mention that Prime Minister is launching first of its kind “Azadi Ka Amrut Mahotsav” programme on 12th of March, 2021. The ideas behind the Mahotsav to be launched prior to 75 Weeks, is to showcase accomplishments since 1947 so as to instill a sense of pride and to create a vision for India@2047 in view of celebration of 75th Independence on 15 August, 2022.

On the occasion, a thorough discussion on the subject was held during which the DC called to work in coordination and cohesion for launching the programme smoothly. He emphasized to make all the requisite arrangements well in advance and formulate a viable plan for organizing the commemorative activities for the event.

The DC informed that citizen campaign shall be launched during the stipulated period with an emphasis on India’s glorious history and culture, technological development and digital intervention. He added that 12th march marks the anniversary of the historical ‘Dandi March’ and theme based activities shall be organized across the length and breadth of the district.

Meanwhile, it was given out that the activities that range from cycle rallies, exhibitions, digital shows, yoga camps, essay competitions involving children and other relevant activities besides involvement of women Self Help Groups (SHGs), local industry, trade bodies, PRIs among other sections of the society shall be carried out.