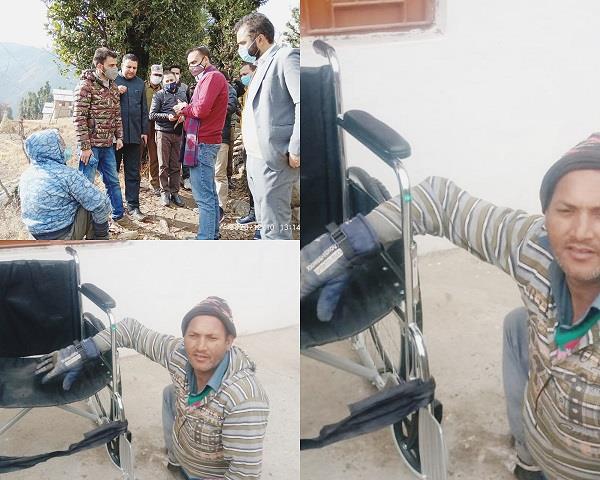 DC Doda comes to rescue of specially-abled man without wheelchair

Doda: Deputy Commissioner Doda, Dr Sagar D Doifode provided wheelchair to a specially abled person in Kahara during his tour to the area after he found the man being denied the same.

The DDC took serious note of the insensitiveness of the concerned officials and ordered action against them.

During the tour to the area in connection with the ongoing DDC elections, the person was found crawling by the DC Doda.

The DC enquired about the matter and immediately passed on the directions to the concerned to take stern action against the official for showing non seriousness towards his duty.

Following the instructions of the DC, the officials of the Social welfare department provided the wheelchair to the specially abled person today at his doorstep.