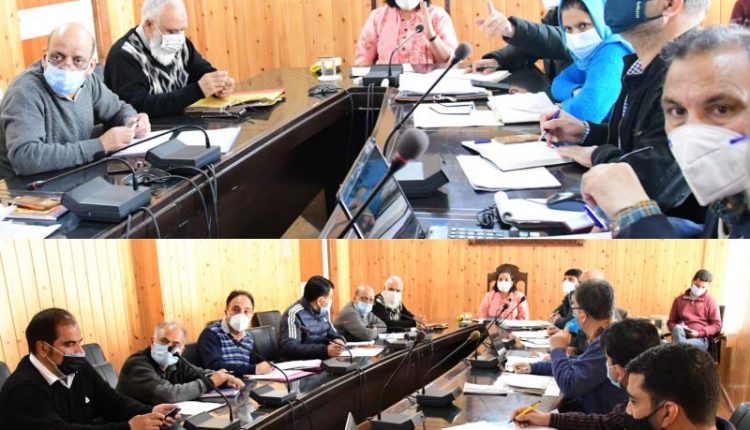 Ganderbal: The Deputy Commissioner (DC) Ganderbal, Krittika Jyotsna today chaired a meeting of line departments to review the progress on works approved under Back to Village program in the district.

The meeting was informed that under, B2V1 137 works were approved out of which 128 are already completed and other works are in different stages of completion.

On the occasion, the DC sought a detailed status of work estimation and tendering process of the works approved under B2V3 program. It was revealed that 252 works are authorized at the authorization cost of Rs 1234.80 lakh in the district out of which 212 works are under execution and are at different stages of completion.

Threadbare discussion was also held on the tendering process, feasibility of works, estimate cost and other issues that are hampering the progress of works approved under B2V3.

Keeping in view the importance of such works, the DC directed the concerned that tendering process of pending works should be completed in a week’s time and disputes should also be settled so that all works are tendered in time.

She stressed for regular monitoring of works and sought inter departmental coordination for sustainable development in the district.

On the occasion the DC reiterated that district administration is committed to provide all basic amenities to the people and ensure equitable development of all Panchayats of the district.