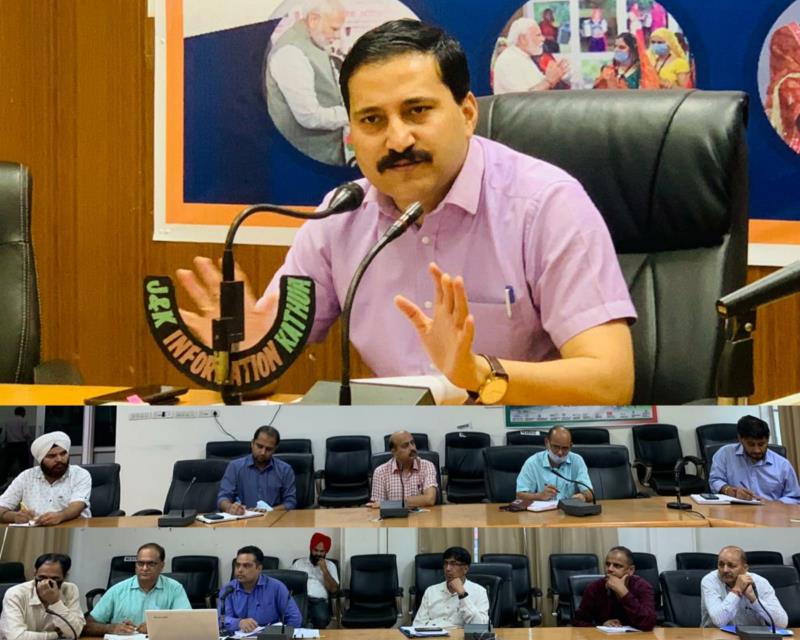 During the meeting, it was informed that JPDCL would organise a series of activities to showcase the achievements made in the power sector in the last 75 years (Ujjwal Bharat Ujjwal Bhavishya Program) under the Azadi ka Amrit Mahotsav.

The DC informed that two sites have been earmarked for the events in this district; Chann Gran Panchayat Ghar Kathua and TRC Basohli for celebrations between July 25 and July 31.

It was given out in the meeting that JPDCL would organise events and programmes to sensitise the masses about schemes of the power sector viz. SAUBHAGYA KUSUM besides showcasing movies with testimonials of beneficiaries and other achievements made in the sector.