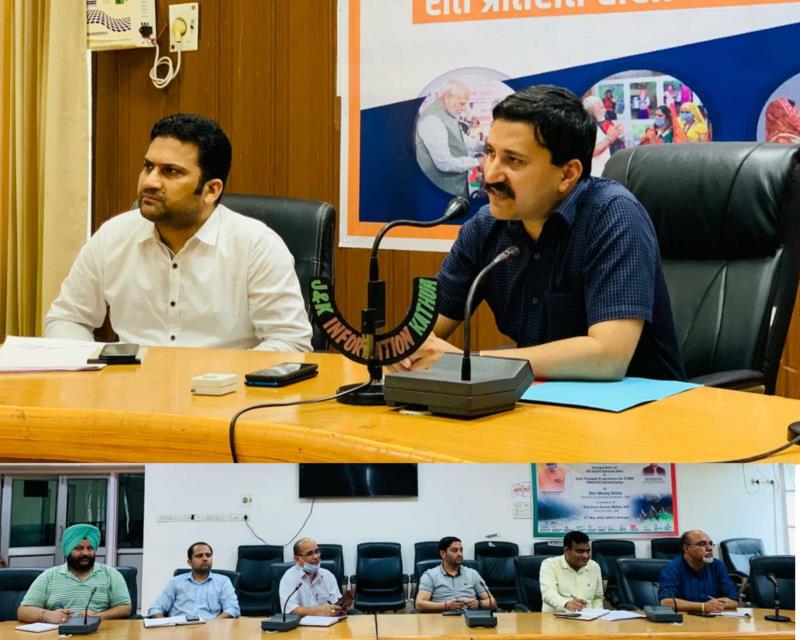 At the Outset, DC apprised the meeting that under the aegis of Azadi ka Amrit Mahotsav, the government has launched “Har Ghar Tiranga” campaign to encourage people to hoist the national flag at their homes to mark the 75th Independence Day. “The idea behind this initiative is to invoke the feeling of patriotism and to promote awareness about our national flag” he said.

Detailed deliberations were held on different aspects of the campaign and the DC directed the officers to assess the demand for flags required for hoisting on Institutional and Residential buildings across the district under the ‘Har Ghar Tiranga’ Programme.

The DC directed CEO Kathua to conduct an exercise for collection of funds at school level through active involvement of Students besides making a list of houses/Residential buildings for distribution of flags.

The DC also enjoined upon the Assistant Commissioner Panchayat to conduct a similar exercise at Block level so as to ascertain the number of Institutional and Residential buildings and to work out mechanism for collection of funds for purchase of Flags.

The DC further impressed upon the RTO and representative from NHAI to work out a plan for collection of funds, distribution and pasting of National Flags on the vehicles plying across the district.

The DC while emphasizing the importance of the event and terming it as a momentous milestone in India’s journey since attaining freedom, the DC called for coordination and cooperation of all stakeholders to make the event a resounding success.