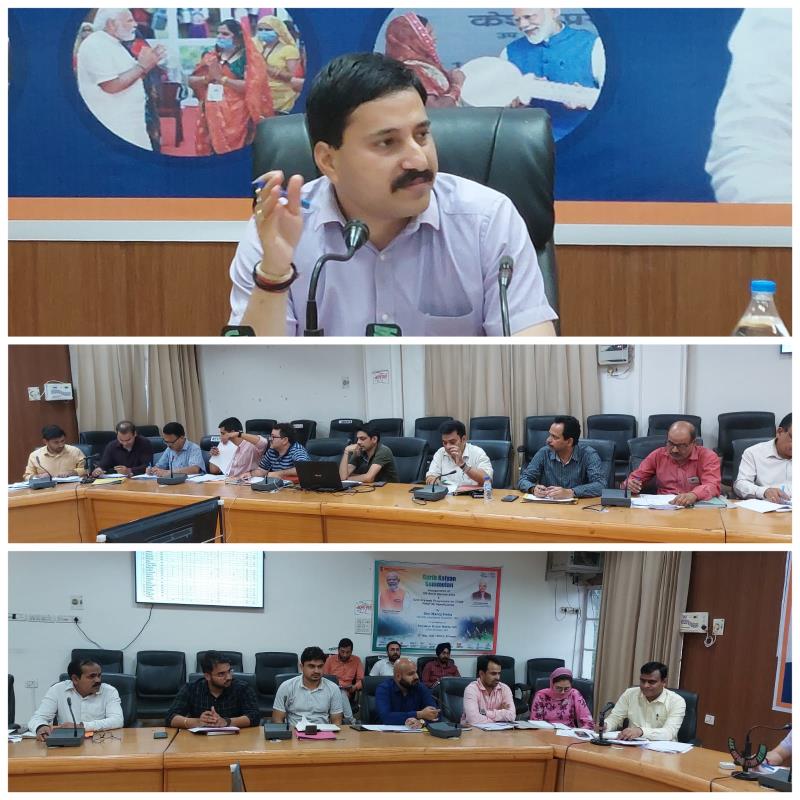 KATHUA : Deputy Commissioner Kathua Rahul Pandey today chaired a meeting to review the implementation and progress achieved under the Rural Development sector schemes in the District.

The Deputy Commissioner, while reviewing the Block Wise progress, asked for speedy submission of estimates, tendering and allotment of the identified developmental works.

The DC also asked for furnishing the data regarding the ongoing works, disputed works and works not tendered. He also called for early completion of ongoing works.

A threadbare discussion was also held on physical and financial achievements made by the departments under the flagship schemes of MGNREGA, PMAY-G, 14th FC, B2V3. The proposals under the District Capex Plan 2022-23 including status of projects targeted for completion in the current fiscal were also discussed.

The DC exhorted upon BDOs to obtain necessary clearances before starting the works to avoid hindrances and bottlenecks. He further directed to fix responsibility of executing agencies/contractors in case of any delay.

The DC also directed BDOs to devise a mechanism to ensure that all revenue implications are cleared before the tendering process.

The DC further directed all BDOs to work out the estimates, rate list and BOQ and clear the pendencies at the earliest.

The DC also laid thrust on ensuring timely payments for completed works. He also stressed upon saturation of Aadhaar Seeding of the left out beneficiaries.