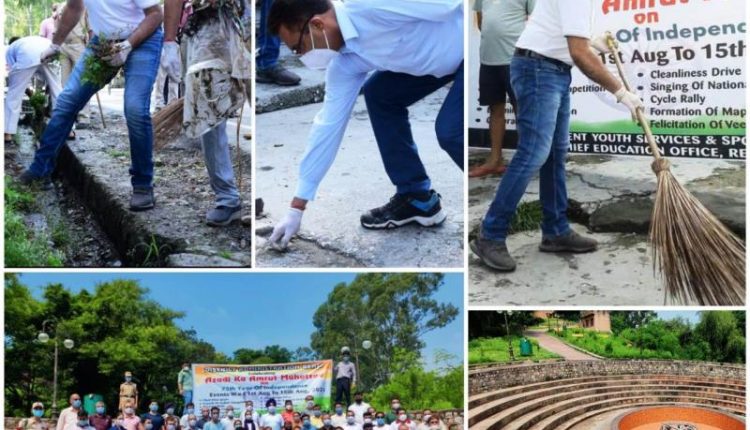 During the drive, plastic and other non-decomposable waste was collected from the premises of the Thapa Chowk, Reasi Bus Stand upto the Bhimgarh fort.

In his address, DC said “The government alone cannot do it and everybody has to contribute to make Reasi clean.” He asked the people to inculcate cleaning habits in their lives.

After cleaning premises of Zorawar Singh statue, the officers planted saplings of Marigold and conducted cleanliness inside Bhimgarh fort premises.

Later, the DC along with the District officers appreciated and applauded sanitation workers by clapping for them and concluded the said cleanliness drive by singing the National Anthem.