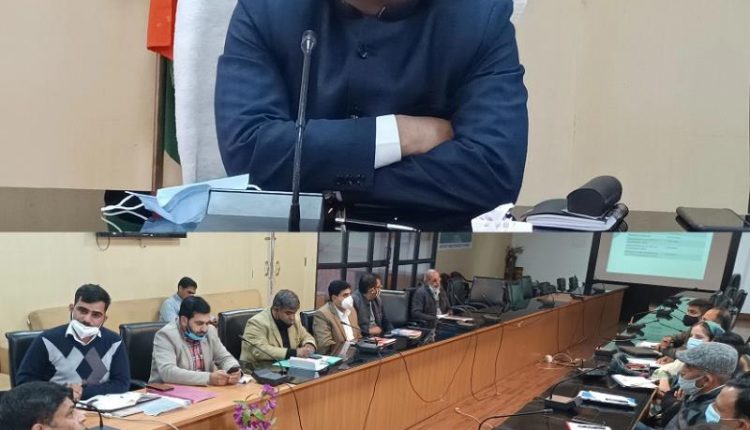 A detailed presentation regarding ongoing Skill Development activities/ programmes undertaken by the concerned departments was given in the meeting.

The DC said the focus of skill development schemes should be on creation of a robust skill ecosystem in the district which will enable the youth to get maximum skilling opportunities within their districts.

The DC also told the officers to train the students well so that they can avail the benefits and make a livelihood.

In the meeting, the admission status for the current admission session was also discussed. The DC directed the concerned officers to implement the government schemes to benefit maximum number of eligible candidates and also emphasized on achieving 100% admission target.

The Deputy Commissioner issued directions to the Handicraft, LDM, AD Handloom and KVIB for mobilization of skill candidates in various schemes. He also directed to implement the direction of Lt. Governor regarding the identification of 10 youth for the self employment schemes in each village.

The DC asked the concerned officer to enroll maximum candidates in scholarship and do not leave any eligible candidate in the process.

He also stressed on maintaining cleanliness and sanitation and adherence to the COVID protocols in the Skill Development institutions.