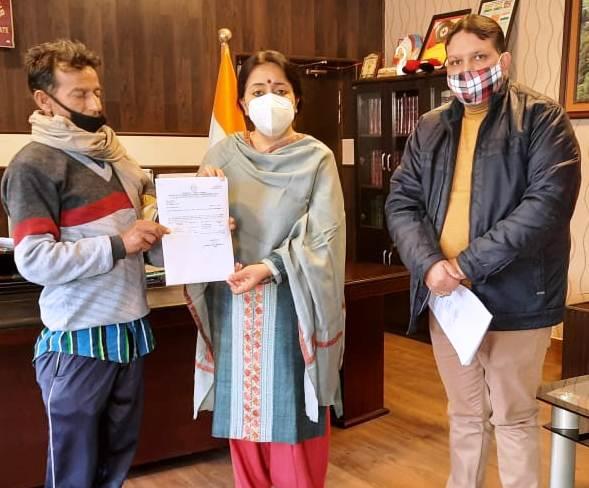 Reasi: Deputy Commissioner Reasi, Indu Kanwal Chib on Friday appealed to all the construction workers associated with BRO and other private and Government construction agencies to get themselves enrolled and avail various benefits being provided by the labour department for their welfare under JKBOCWW scheme.

She was interacting with workers after handing over cheques amounting to Rs.57,000 to two construction workers under JKBOCWW scheme.

The Deputy Commissioner said that the Government has constituted the J&K Building and other construction workers welfare Board for the welfare of the most vulnerable segment of the second largest unorganised labour sector.