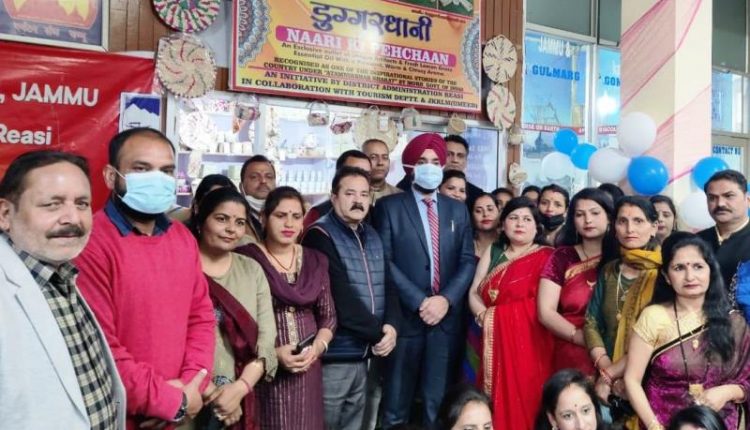 Addressing the event, the Deputy Commissioner said that under Atma Nirbhar Bharat, this outlet was on the 75th number as a Success story which was mentioned by PM Narendra Modi. He added that Chhabria Binna, Lemon grass is a typical part of Dogri craft, which is being run by women of the Self Help Group.

Listing the measures being taken to strengthen the SHGs, the DC said that the District Administration is creating an enabling environment in which self-help groups bring prosperity to villages.

Underlining the role of the SHGs in eradicating poverty, he said these can play an important role in raising the economy of the district and added the SHGs are being strengthened by providing them with necessary platforms and they can showcase their caliber and contribute towards the society.

The DC asked the members of the Self Help Groups to work in tandem to eradicate poverty from the district.