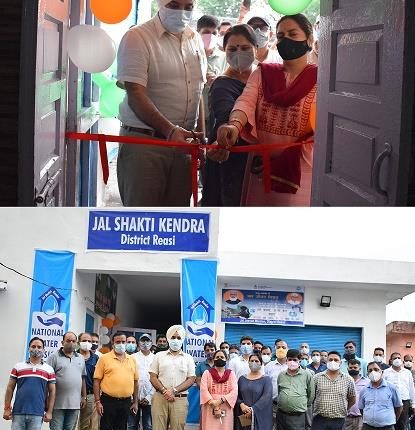 While inspecting the facilities put in place at Jal Shakti Kendra, the Deputy Commissioner directed all concerned authorities to gather knowledge and aware people about the Jal Jeevan Mission and fix responsibility to complete all the projects under JJM within stipulated time frame so that the people are benefitted.

The Deputy Commissioner said that the main objective of opening of Jal Shakti Kendra is to coordinate public awareness campaign and other activities regarding conservation and preservation of water bodies and also appealed for judicious use of water.

The Deputy Commissioner also stressed upon the concerned officers to work with co-ordination to achieve fruitful results from all ongoing projects of Jal Shakti Department and to provide tapped drinking water facility to the people across the district.

Handover ceremony in Bihar acknowledges the Government of Japan’s…

Ural Federal University: Ural Research and Education Center Will Get…