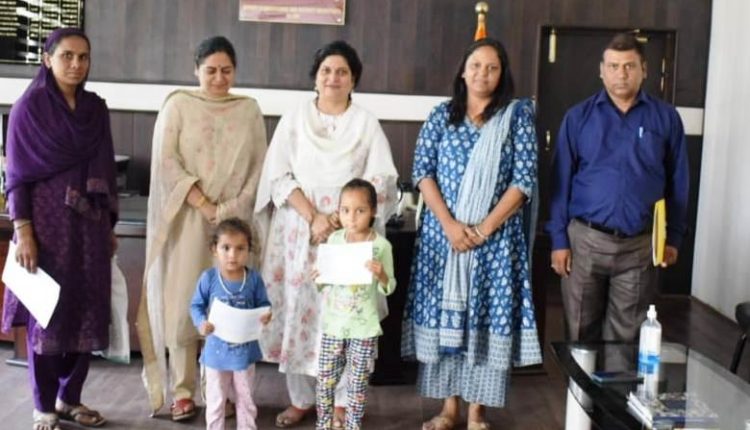 Out of the Total amount, Rs. 423580 was released in favour of the wife of the deceased Nageena Begum and the remaining amount was divided equally among his minor children in the form of Fixed Deposit till they attain age of eligible maturity.

Babila Rakwal asked the ALC to generate massive awareness among the construction workers about the schemes being implemented by the labour department in the district and motivate them to avail the benefits of the same.

On this occasion, Deputy Commissioner also directed the ALC to ensure that no eligible beneficiary was denied from availing the benefits of the welfare schemes underJK Building and Other Construction Workers Welfare Board.