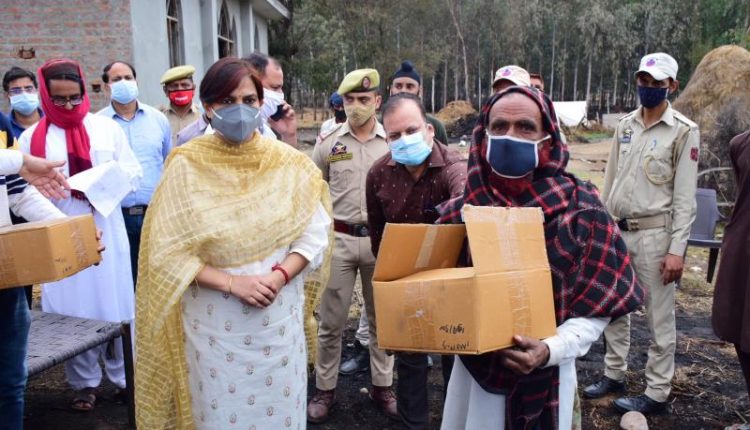 The Deputy Commissioner, along with other revenue officers, visited the fire victim families and took the stock of the situation and damages. The DC Samba provided the fire victim with relief packages, including ration, daily use products etc. during the visit. The victim families expressed gratitude towards prompt action taken by administration Samba in addressing their genuine demands.

The District Administration, upon receiving the report of fire incident, immediately dispatched assessment teams on ground zero in order to take cognizance of the situation.

“District Administration Samba upon receiving the information of fire incident immediately dispatched assessment teams on ground zero and provided tents, utensils, ration, fodder and other daily use products to all the affected families, said deputy commissioner while addressing the families at ground zero. The DC further added that affected families shall also be covered under government schemes including PMAY, besides their other demands of roads, electricity and water shall also be met on priority.