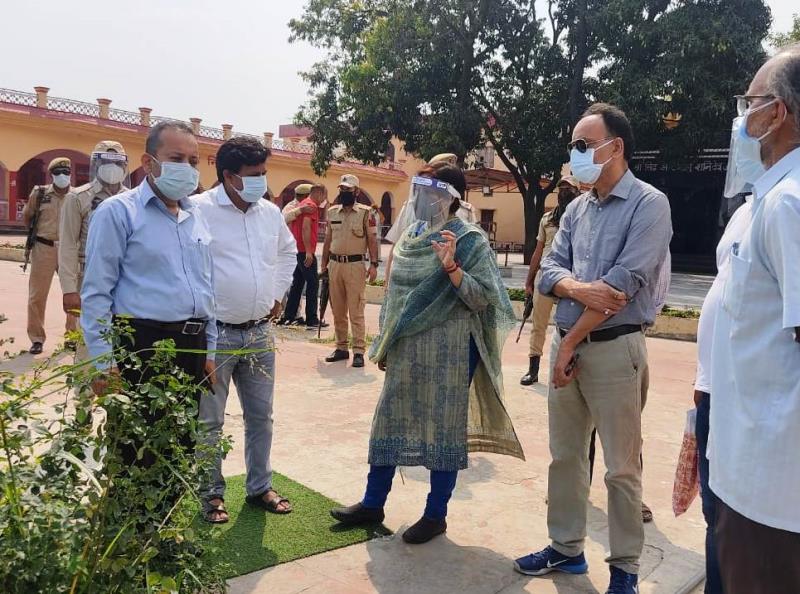 During the tour, Deputy Commissioner Samba visited Narsingh Dev Mandir and vicinity. She inspected the development works under taken under various schemes in the sub division including Gaushala, park, development of temple premises. The Deputy Commissioner, while reviewing the development works, said the government has taken up various initiatives to promote and preserve the historical revered Nar Singh Dev Mandir. She said that steps shall be taken to renovate pond adjoining the temple to promote its aesthetic view, while land for developing a spiritual centre shall also be taken up. The DC samba also laid emphasis upon taking tough against any attempts to encroach the temple land.