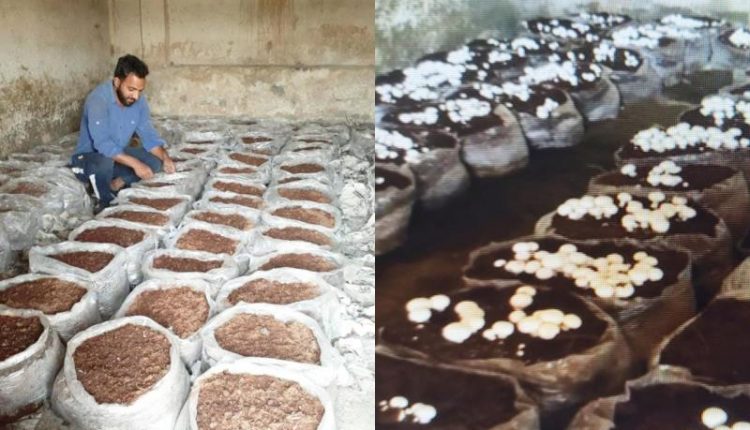 The DC stressed upon them to become job providers rather than job seekers. He said a number of youth have set an example for others by establishing their own income generating units and have become a source of inspiration for unemployed youth desirous to become entrepreneurs.

He further said to handhold the unemployed youth of Srinagar district and to provide appropriate platform to them to earn dignified livelihood, the District Administration Srinagar in coordination with the Department of Agriculture Production and Farmers welfare Department is working very hard to provide employment and income-oriented avenues for aspiring unemployed youth of Srinagar through various government sponsored schemes.

In the name of secularism, youths were kept away from yoga:…

Citing an example of a youth namely Muzamil Shafi (26), a resident of Khonmoh, Srinagar who has got training at ITI after passing 12th standard, the Chief Agriculture Officer Srinagar, Mohammad Younis Chowdhary said that “Mushroom cultivation is a technical process. It can become a money-making proposition with the proper use of technology and expert guidance. It requires less manpower which is an advantage for a farmer

He said in the year 2020-21, Muzamil Shafi participated in an awareness programme organized by Agriculture Production & Farmers Welfare Department on Cultivation of Mushrooms in his area. The aim of the programme was to motivate unemployed youth of the mining affected areas toward Mushroom Cultivation for earning livelihood with dignity.

He said Muzamil was one of the beneficiaries identified for the establishment of 52 Units in Block Khonmoh under PMKKKY for the year 2020-21. The said youth was a part of the cluster unit and produced 3.75 Quintals of Mushroom from his unit of 200 bags. He took advantage of the market linkage provided by Agriculture production and Farmer’s Welfare department and travelled from Khonmoh to Lamandi to sell his produce and earned Rs 0.75 lakh.

Production of Mushroom from his unit got a halt during harsh winter months of December and January 2020-21. The said beneficiary again maintained temperature and humidity in the month of February 2021, and to the surprise of everybody produced 0.80 quintals of more Mushroom from the leftover compost bags. The Agriculture Department took an initiative for providing better market linkage to the growers of the scheme, and Muzamil sold his produce in Organic Vegetable Mandi established at Lalmandi and fetched good profit.

Besides Mushroom Cultivation, Muzamil Shafi has a small unit of Sheep/Cattle and plans to pursue integrated farming on his land holding of 8 Kanals. He is a huge motivation for the unemployed youth of Srinagar particularly of his area, and has a firm resolve to continue with the cultivation of Mushrooms in future too for boosting his socio-economic status.