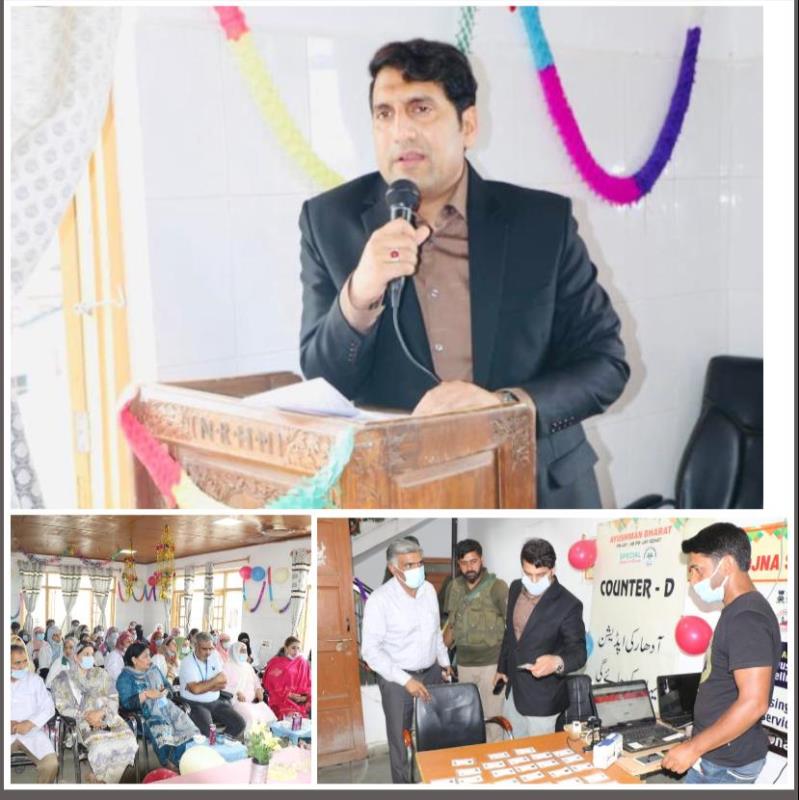 Addressing the gathering, the DC said the World Population day is an annual event, observed on July 11 every year, which seeks to raise awareness about global population issues for population stabilization, awareness generation, health spacing and family planning to contain increasing population for creating a healthy society.

The DC said one of the purposes of observing World Population day is to focus attention on the consequences of increasing population and how it affects the overall development plans and programmes, besides urgency and importance of population issues and spreading awareness about how overpopulation can be controlled to maintain the ecosystem.

He stressed on involving representatives of PRIs, Urban Local Bodies, local activists and other stakeholders during ongoing programmes being held under World Population Fortnight-2022 in the district for mass awareness and mobilization of people to stabilize the population growth.

While lauding the role and efforts of Health functionaries in Covid-19 mitigation and other exigencies, the DC urged them to work with added zeal and dedication for the betterment of the people.

The DC also stressed on saturating the process of PMJDY-Health Cards (Golden Cards) so that needy people can avail the benefit of the Health Card.

Other speakers also highlighted important factors, consequences of increasing population and its threat to the society and also listed out some suggestions to tackle these important issues related to the benefit of humankind.

At the end of the programme, Zonal Medical Officer, Zadibal, Dr Rubeena presented the vote of thanks.

Later, the DC accompanied by all the concerned officers visited the site identified for construction of a new OPD block of the Health Centre. He was informed that a population of about 1.5 lakh people is being catered by the PHC Zadibal and 500-600 patients pay visit to the centre on daily basis to get medical treatment.