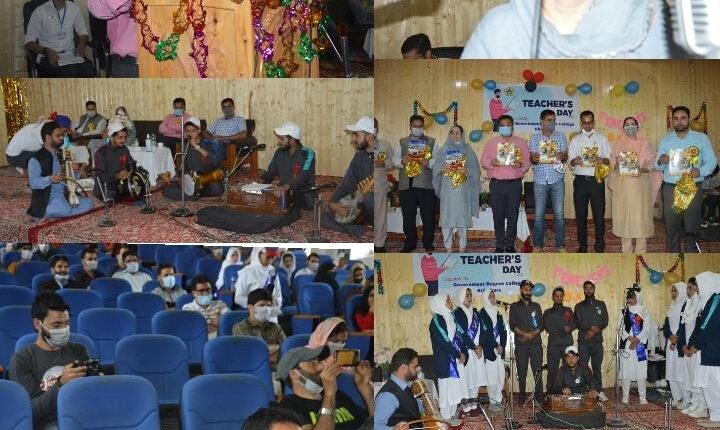 The tournaments are being organized by the Department of Youth Services and Sports wherein competitions for three games viz Volleyball, Kabaddi and Kho-kho will be held. Twelve zones are participating in the tournament with at least seventy two (72) players from each zone.

The DYSSO, Mushtaq Ahmad informed that the performances in the competitions will serve as criteria for final selection of players at district level. The games will be played at two venues viz Sports Stadium Anantnag for boys and Hanfia Higher Secondary School for girls, he added.

Pertinent to mention here that better performers from inter school competitions have been selected for these inter zone events.

Interacting with the players, the DDC said that games are vital for physical as well as mental fitness of individuals. Games also instill a positive and competitive spirit among the players, remarked the DDC

The function was also attended by SSP, officials of YSS Department besides the participants.

Later, the DDC visited Government Degree College Bijbehara and presided over the function held for highlighting the role and importance of education and teachers in the society as Chief Guest.

Addressing the gathering, Dr. Singla advocated for a healthy teacher-student relationship for the overall good of the society.

On the occasion, the importance of education and teachers was highlighted by the speakers in detail. Besides, cultural programmes on the theme of the event were presented by the students.

At DDC Office, fifteen concentrators with power backup were donated and handed over by the ICICI to the DDC for serving patients admitted in hospitals of the district.

Dr. Singla appreciated the gesture and hailed the ICICI foundation for such initiatives.