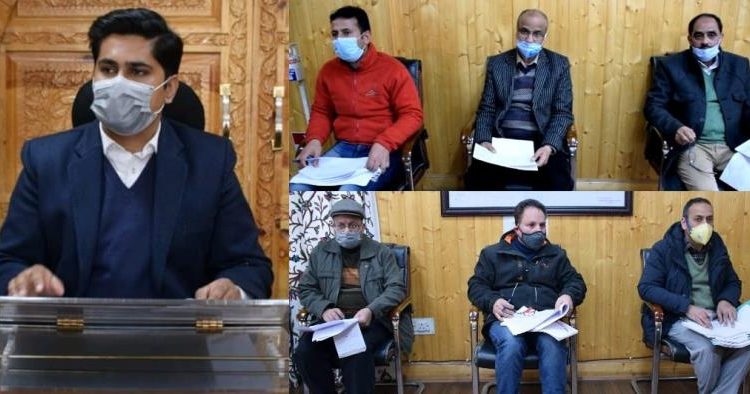 Bandipora: The Deputy Commissioner (DC) Bandipora, Dr Owais Ahmad Monday reviewed the progress of works under District Capex Budget in Education, Health and R&B Department with an aim to expedite the pace of work.

The meeting discussed threadbare the execution of works and the status of works besides discussing various bottlenecks that hinder the progress of works.

The DC directed the concerned to expedite the pace of works to ensure cent percent utilization of funds released by March this year and also directed to achieve the physical target in toto.

The DC directed to expedite works to complete the target and urged the officers to work in convergence mode with the Rural Development Department for consolidation of funds so that jobs created under MGNREGA are utilized in ongoing developmental works.

Dr Owais directed Tehsildar Bandipora to settle the realignment dispute of Turkpora road and also asked CMO to depute a team of JKMSL to procure machinery loaded on Capex before March.

India Education Diary Bureau Admin Jun 23, 2021
Grey pioneered the optimisation of batteries with the help of NMR spectroscopy –similar to MRI technology – a…