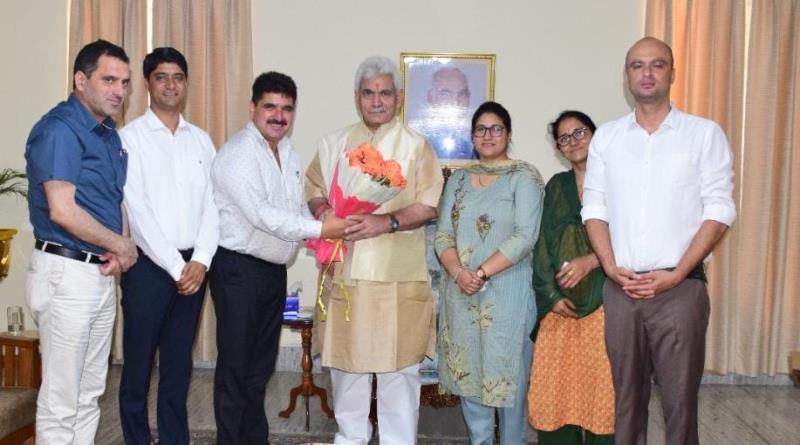 A delegation led by Sh Arun Gupta, President CCI also called on Lt Governor and lauded the efforts made by the Lt Governor-led UT administration to bring J&K on industrial map of the country and also bringing investment for the betterment of UT.

The delegation also submitted a representation to the Lt Governor containing issues and demands for the upliftment of Industries including expansion of Central Package 2021 to existing industries, simplification of registration or renewal of license process of Hotel, Lodges and Guest Houses, VAT and Power Amnesty Scheme, development of Transport Nagar etc.

Similarly, a delegation of Traders Federation led by its President Sh Deepak Gupta apprised the Lt Governor regarding issues being faced by trader community.

While interacting with the members of the delegation, the Lt Governor gave a patient hearing to their issues and demands. He assured them of appropriate redressal of the genuine demands put forth by the visiting delegations.

The Lt Governor congratulated him for his selection in the team and extended his best wishes for giving best performance in the International cricket cup.