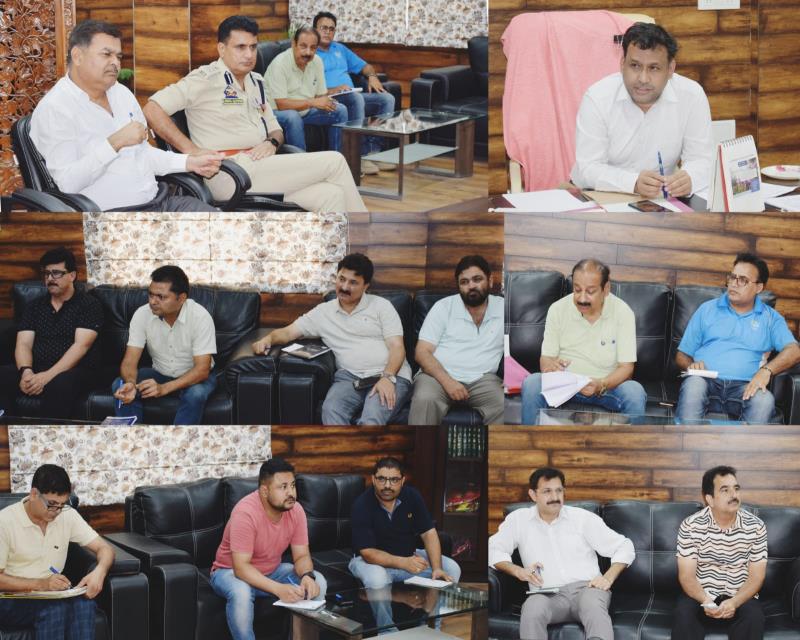 DODA : District Development Commissioner, Vikas Sharma called a meeting of key officials of various departments to discuss measures for improvement of the Sports Stadium Doda. Other issues regarding sports infrastructure were also discussed at the meeting.

It was informed by a representative of the Sports Council that the tender of the works including laying of turf, growing grass, installation of sprinklers and development of walkways have been floated, the work on which would start soon. Therefore, all activities in the stadium would be restricted for about three months, it was told.

The DDC constituted a committee to be headed by ADC Doda and including DYSSO, Ex En PHE, Ex En PWD, Ex En PDD, Assistant Director Floriculture, and Soil Chemist to ensure that facilities are provided in the stadium qualitatively and within the stipulated time frame.

The DDC also directed the concerned executing agency to complete the work as per the fixed timeline, besides asking the committee members to identify alternate venues for routine/ special events.

While expressing his displeasure over the tardy pace of ongoing work on the multipurpose indoor hall, the DDC directed the DGM to complete the work before ending July. He also asked the PWD authorities to design the entrance gate of the sports stadium well.

Concerning the land of the sports stadium, the DDC asked the sports council to ensure that all the acquired land is in their possession, and sought reasons for not removing encroachments so far.

While addressing the issue of badminton hall at Boys Higher Secondary School Doda, the DDC directed the Tehsildar Doda for fact-finding. Besides, the sports council was asked to reset the floodlights installed around the sports stadium as specified within the next ten days.