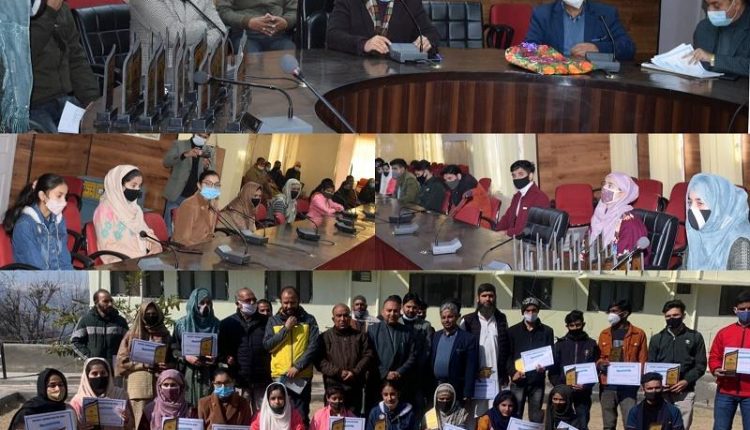 DODA : District Development Commissioner Doda Vikas Sharma today held an interactive session with the Higher Secondary School Part II position holders the result of which was declared by JKBOSE a few days back.

The DDC inquired from them about their journey to success, their future plans, and sought thier suggestions regarding improvement in the education system.

The students thanked District administration, especially DDC Doda, for organising the impressive function for recognising their success. The students dedicated their success to their parents, teachers, and their respective institutions.

Later, the DDC Doda felicitated the meritorious students of all the streams. He presented them certificates of appreciation and mementos to them.

It is pertinent to mention that students of Doda district bagged around 28 positions in Science, Arts, and Commerce streams.

Among others present during the program were ADC Doda, CEO, DEPO Doda, and other officials of the education department.

JKHPMC on course to become profitable and self-sustainable: Navin Choudhary

India Education Diary Bureau Admin Apr 8, 2022
Coming from a range of backgrounds and disciplines, the winners of the 2022 Alumni Awards have made…