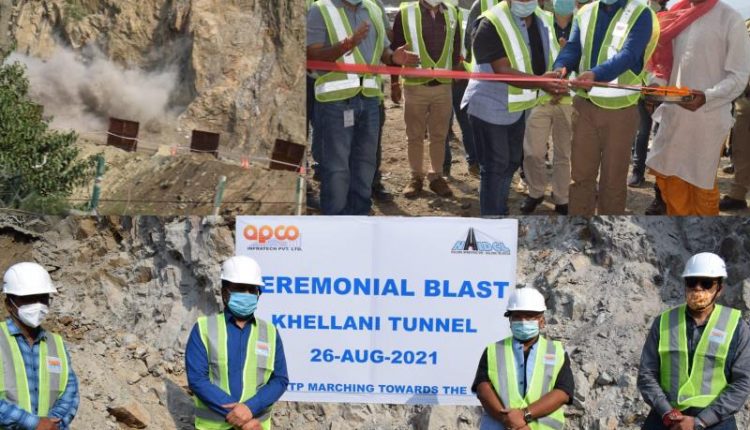 The Ceremonial blast for the unnel project was detonated at 4 PM.

The estimated cost of the Khellani Tunnel Project is Rs. 431.28 crore and is expected to be completed in the next two years. It is being constructed by the National Highways & Infrastructure Development Corporation Limited.

The tunnel is a crucial component of the Sudhmahadev-Goha– Khalleni–Chhatroo–Khambal road project. This is one of the 5 tunnels planned on NH 244 and is at nascent stage of construction. The other four tunnels would come up as the work on the road project moves on.

The road has been planned to reduce the travelling time for the inhabitants of Doda and Kishtwar Districts both to Srinagar and Jammu.

The Executive Director NHIDCL Regional Office, Jammu R.K.Singh briefed the press about the scope of the project. This project is being carried out under the guidance of General Manager- NHIDCL Doda, & his team of officers.