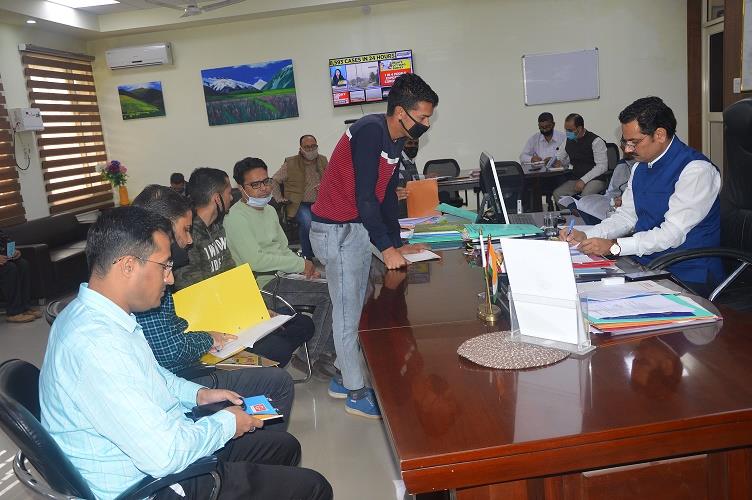 Kathua: District Development Commissioner Kathua, O.P.Bhagat today chaired a meeting of the concerned to review the progress of 7th Economic Census being conducted in the District.

At the outset, District Statistical & Evaluation Officer (DSEO), Ranjeet Thakur briefed the DDC about the progress regarding enumeration and supervision made by the CSC and Supervisors till date.

While reviewing the progress of the survey, the DDC took a serious note of the slow progress and issued various directions to the representatives of CSC and SL2s.

Moreover, the DDC also took serious view regarding the survey not being conducted as per the guidelines/protocol as observed by the SL2s during their supervision. He further directed District Manager/Coordinator to adhere to the protocol and cover all the households/business establishments in the survey.

The DDC also directed District Manager/Coordinator CSC to send the details of all those persons and owners of the business establishments who are not cooperating in providing the required details related to their business establishments within week’s time to DSEO Kathua. He exhorted upon all the participants especially representatives of CSCs to ensure compliance of directions issued and decisions taken during the meeting for timely completion of the survey.

Highlighting the importance of the survey, he said the Data/information to be collected gives a detailed account of the state of the economy, prospects etc which is very important for policymakers in the government at all levels for evolving policy interventions.