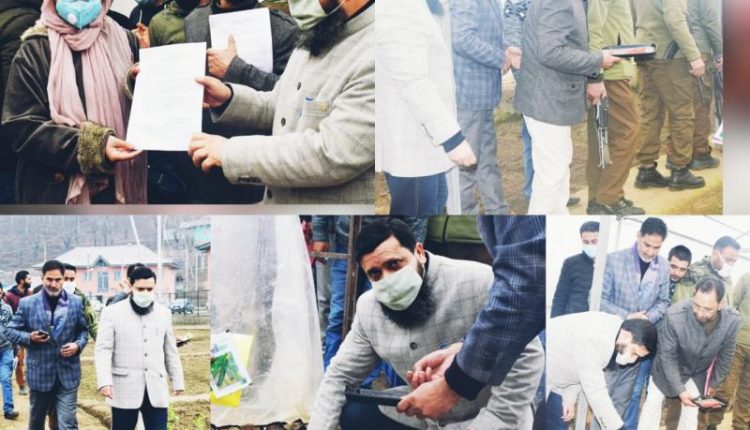 Speaking on the occasion, the DDC directed the Agriculture Officers to work shoulder to shoulder with the farming community so that technology at research centers will be transferred to the field for enhancement of production and productivity.

The DDC advised the young educated youth of the district to take vegetable cultivation as an enterprise on commercial lines. He said the Green Houses could also be used to produce the vegetables in harsh winters to meet out the local demand.

CAO said that there is a huge deficient gap between demand and supplies of the vegetables in the district, which amounts to the tune of 2 lac Quintal. Thus young educated youth have a better avenue to run their vegetable farms for commercial basis.