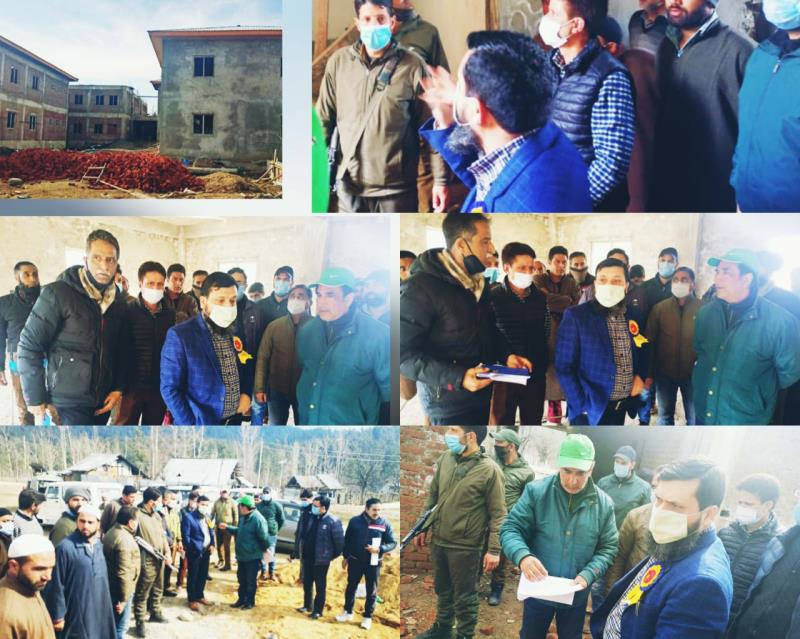 During the visit, the DDC inspected the site and gave on spot directions to the executing agency and other concerned officers for completion of the work.

The DDC was informed that the construction work of the college was initially taken up by JKPCC at an estimated cost of Rs 18 crore and the work was stopped because of non availability of funds. Now the project has been taken up under the Languishing Projects Scheme and the composite tendering is in progress.

He was also informed that a Cafeteria is also coming up in the premises at a cost of Rs 35 lakh by R&B Department.

The DDC directed officers to redouble their efforts and ensure timely completion of the prestigious project. He also directed for upgradation of water source in the village so that uninterrupted water supply is ensured in the College, sports ground, besides local Village. He also directed Ex. Engineer, R&B to prepare DPR for widening of approach road for the college.

Principal of the Polytechnic College, Imtiyaz Ahmad, Ex.Engineer, R&B, DGM JKPCC and other concerned officers accompanied the DDC during the visit.

Later, the DDC paid a surprise visit to NTPHC Gushi and inspected the attendance of the staff. He stressed for maintaining punctuality in the health institutions.