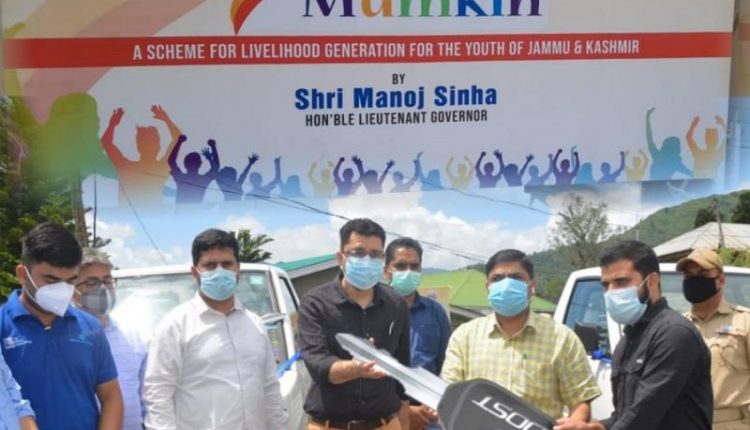 The DC said that Lt. Governor J&K, Manoj Sinha recently launched the youth livelihood programme ‘Mumkin’ in which the J & K government is working with its vision and strategy for engaging and channelizing the youth of J&K through systematic Livelihood Generation programmes.

It was informed that the District Administration Poonch received 250 applications of which 70 beneficiaries were approved in the first phase.

Elated for being one of the beneficiaries, Shazad Ahmed said that he was unemployed and applied for availing the loan under the MUMKIN scheme and became a proud owner of a commercial vehicle.

“Now, I am self-employed and can provide employment to atleast one person by engaging him as a helper,” he added.

The DDC handed over keys of the Vehicles to the beneficiaries and said the youth of the district are keen to take advantage of this scheme. He said that the District Administration will make concerted efforts to achieve 100% target under this scheme.

India Education Diary Bureau Admin Jul 24, 2021
MIT has granted tenure to five faculty members in the MIT School of Science in the departments of Brain and…