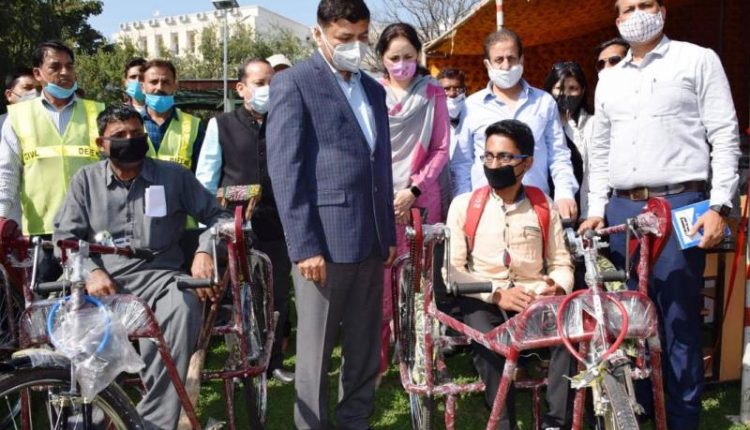 The camp was sponsored by Artificial Limbs Manufacturing Corporation of India (ALIMCO).

A total of 44 beneficiaries were provided wheelchairs/tricycles which were distributed among them by District Development Commissioner, Rohit Khajuria- the chief guest of the event. He appreciated the efforts of Jeevan Sangharsh Trust chairperson, Rajni Sharma for organising such camps in different districts of the Union Territory of Jammu and Kashmir.