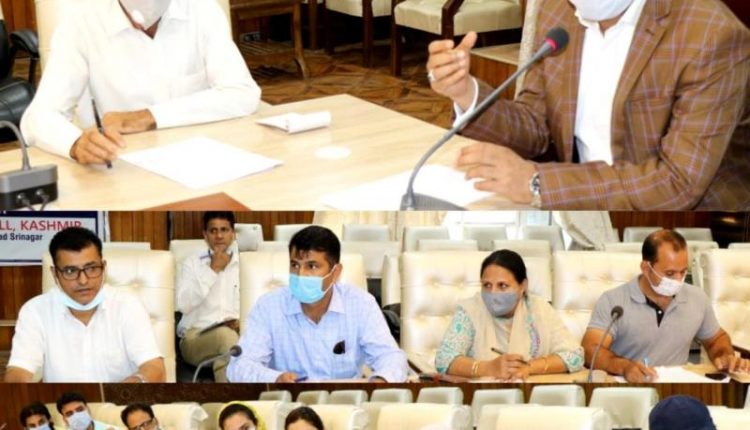 The meeting discussed detailed proposals under the District Capex Plan, 2021-22 including physical status of projects targeted for completion in the current fiscal, and progress of works under Centrally Sponsored Schemes.

He informed that for the first time, proportionate funding to all three tiers of PRIs is being ensured to cater to the development aspirations of the people through DDCs, BDCs and Panchayats. Funds to the tune of Rs 25 lakh per Block Development Council, Rs 10 crore to District Development Council out of the budget has been provisioned, while Rs 23.30 lakh per Panchayat has been earmarked out of ULB/ PRI grants this time to achieve development targets.

While reviewing the Action Plan prepared to carry out the developmental works in Srinagar district under Area Development Fund, the DDC asked the officers to reconcile the works nomenclature and check out any redundancy in works and submit the pending estimates by 08th September. He also directed for completing the tendering process of all developmental works by September 10, 2021 to speed up the pace of works. He directed for completing all estimations and feasibility of all for early authorization.

The DDC also constituted a District Capex Follow up Cell for monitoring and speedy completions of works.