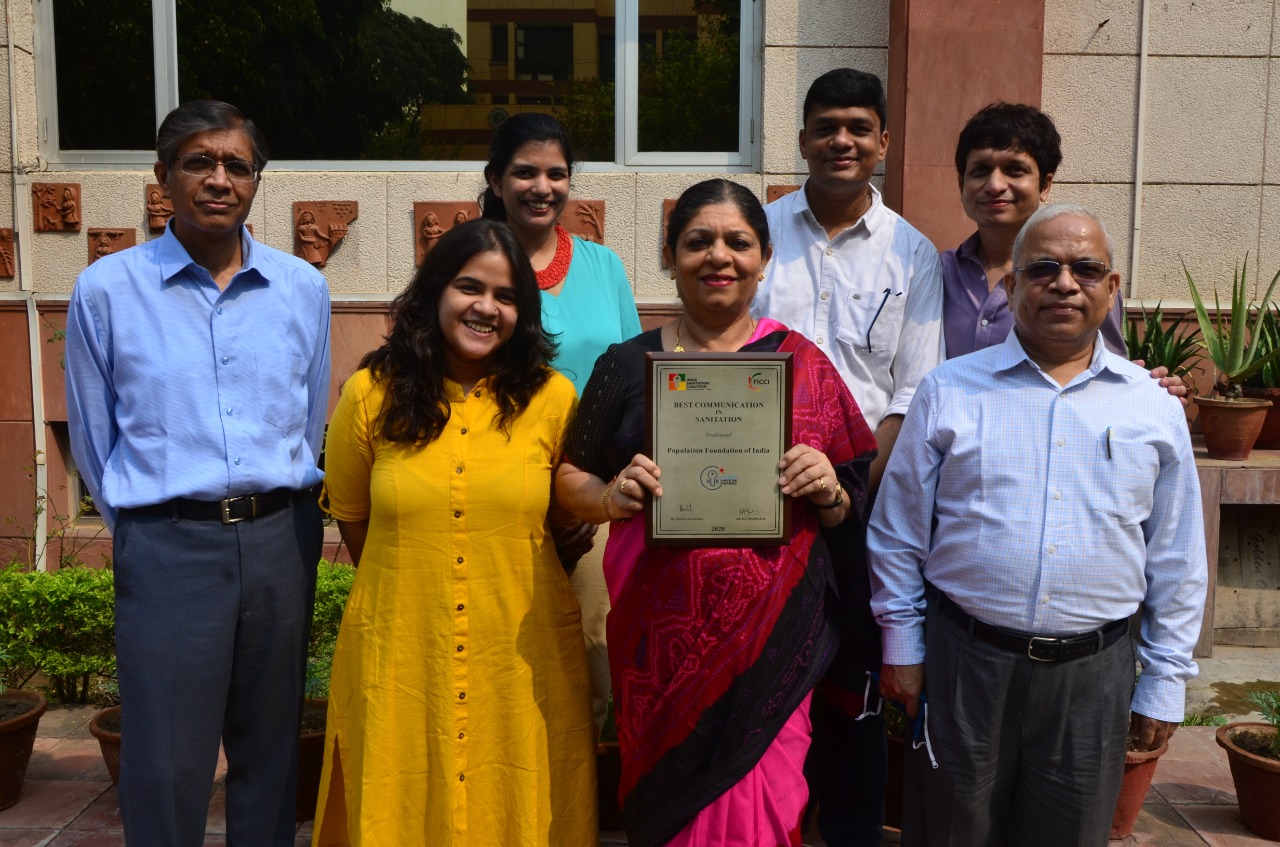 New Delhi: Population Foundation of India’s transmedia edutainment initiative, Main Kuch Bhi Kar Sakti Hoon (MKBKSH – I, A Woman, Can Achieve Anything) has been a change-maker through three successful seasons – with 183 episodes and an overall TV viewership of approximately 150 million. And now the story of a committed medical professional, Dr Sneha Mathur who not just provides critical medical care but challenges regressive social norms, has been awarded the Best in Communication Award at the FICCI (Federation of Indian Chambers of Commerce and Industry) Sanitation Awards 2020.

Based on the success and popularity of the first two seasons, the then Secretary, Department of Drinking Water and Sanitation, Mr Parameswaran Iyer requested Population Foundation of India to highlight issues of sanitation and hygiene in MKBKSH. The serial developed messaging that promoted the Swachh Bharat Mission goals with a focus on empowering women to participate in the mission.

For four consecutive years, this award instituted by ISC (India Sanitation Coalition) and FICCI has recognized the power of edutainment to try and shatter deeply entrenched social norms. It has showcased talents that have made an impact on the development horizon of India. The fourth ISC-FICCI Awards / Annual Conclave was held virtually from November 26 to November 27, 2020. This was a recognition and celebration of the leaders, rising stars, and organisations who are working towards achieving a “cleaner, healthier, safer and happier India.”

Poonam Muttreja, Executive Director of PFI, is humbled and proud of the impact that the serial has had amongst its audiences. She says, “The idea was to reach hearts and minds in parts of the country that are often ignored by the mainstream entertainment media. Emphasis was placed on critical issues such as sanitation, health and women’s empowerment. This was done in a way that subtly informed people and inspired them to transform their lives. This award and the many reel-to-real stories, or stories which showcase the impact of the show onto real life, that we have documented, prove that it is working.”

Director and creator of the show, Feroz Abbas Khan adds, “A strong and empathetic protagonist like Dr Sneha is at the heart of the edutainment revolution unleashed by MKBKSH and it is very rewarding to see that the messages have reached the very people they were produced and developed for. This award reaffirms my belief that entertainment can be transformative.”

Impact evaluations showed that the serial was able to encourage audience members to work together as families and communities to transform their lives. In Pratappur, Jharkhand community members were inspired to come together to build toilets and commit to ending open defecation in their village.

2. The Swacchta Qawwali song, which can be seen here, reached more than 6 million users across various digital platforms.

3. During the episodes focussed on sanitation, the Interactive Voice Response System received over 200,000 calls. More than 27,000 unique listeners heard and contributed to the IVRS message son sanitation.

4. Messages on sanitation and hygiene were promoted to over 1 million SHG members in Bihar through collaboration with the Jeevika programme.

5. Over 2 million SMSs were sent to rural mobile users in UP, Rajasthan and Bihar to reinforce messages in the serial.

6. Evaluations showed that 8 of ten viewers were able to recall messages