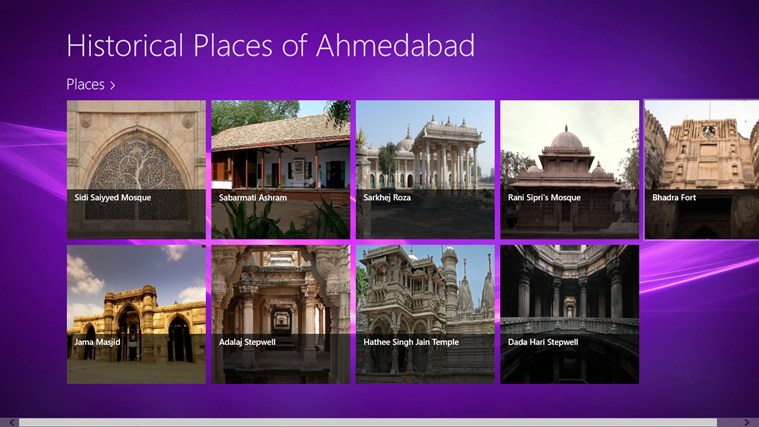 It is under the dynamic and visionary leadership of the Prime Minister of India that India has been successful in securing the nomination of the “Historic City of Ahmadabad” on UNESCO’s World Heritage list on 8th July, 2017 during the 41st Session of World Heritage Committee. This makes the walled city of Ahmadabade the first city in India and the third in Asia to be inscribed to the World Heritage List. In the past 3 years alone, India has managed to put five built heritage sites on the world heritage list of UNESCO.

India now has overall 36 World Heritage Inscriptions with 28 Cultural, 07 Natural and 01 Mixed site. While India stands second largest in number after China in terms of number of world heritage properties in ASPAC (Asia and Pacific) region, it is overall seventh in the world.

Founded in 15th century, the walled city of Ahmadabad, on the eastern bank of the Sabarmati river, presents a rich architectural heritage. Within this complex are 28 ASI Centrally Protected Monuments. The urban structures of the historic city of Ahmedabad are distinctive due to their puras (neighbourhoods), pols (residential streets), and khadki (inner entrances to pols) largely made of timber. The historic architecture reflects symbols and myths connected with its inhabitants. The urban fabric is made up of densely-packed traditional houses (pols) in gated traditional streets (puras) with characteristic features such as bird feeders, public wells and religious institutions. It is a unique example of multi-religious and multicultural coexistence.

The inscription has been done under Criteria (ii) and (v) as defined in the UNESCO’s Operational Guidelines, 2016. Criterion (ii) refers to the important interchange of human values, over a span of time on development of architecture, monumental arts, town planning and landscape while Criterion (v) refers to being an outstanding example of human settlement and land use. Thus, the acceptance of the proposal highlights historic city of Ahmedabad’s exemplary settlement architecture and town planning. This achievement is especially remarkable in the view of the fact that the proposal had earlier been deferred. The Culture Minister Dr. Mahesh Sharma has congratulated the residents of Ahmedabad and indeed the entire country on this landmark achievement.

The international recognition to the city is a matter of pride. It will boost the local economy in a number of ways. It is expected to give a tremendous fillip to domestic and international tourism leading to increased employment generation, creation of world-class infrastructure and augmentation of sale of local handicrafts, handlooms and heritage memorabilia.

University of Reading: Personalised Clotting Profiles May Help In Next Generation Of…

iednewsdesk Oct 20, 2021
Professor Chris Hilson, Director of the Reading Centre for Climate and Justice at the University of Reading…

University of Bristol: Runners in 15 countries take part in Bristol…