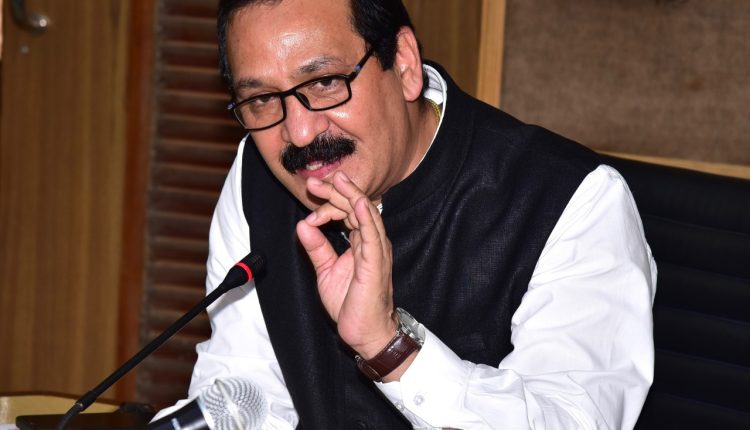 'Through indigenous approach, Upadhyay discovered solutions for the country's problems.' Director General of IIMC said in the program of Central University of Himachal Pradesh

New Delhi : “Deendayal Upadhyay was a strong spokesperson for Bharatbodh and he was such a political thinker who understood India and tried to find solutions to its problems” said Director General of Indian Institute of Mass Communication (IIMC), Prof. Sanjay Dwivedi while addressing the inauguration ceremony of the seven-day program ‘Deendayal Prasang’ organized by Central University of Himachal Pradesh, Dharamsala on the occasion of death anniversary of Pt. Deendayal Upadhyay on Friday. He said that Deendayal ji’s words and life convey the essence of India. In his life, the mantra of ‘Simple Living and High Thinking’ seemed to be coming true.

According to Prof. Dwivedi, Prime Minister of India Shri Narendra Modi’s ‘Self-reliant India’ campaign is inspired by Deendayal Upadhyay’s idea of Antyodaya. If you want to understand the essence of Antyodaya, then you have to understand Indianness and good governance. The intention of Antyodaya is that the person standing on the last ladder of the society should also come along with everyone; only then the equal economic development of the country will be possible.

Prof. Dwivedi said that Deendayal ji used to find solutions to the problems of the country in the indigenous style. He believed that the civilization and culture of our nation could not be reflected in the thought systems taken from abroad. According to Prof. Dwivedi, it is a matter of pride for us that today the acceptance of the integral human philosophy of Deendayal Upadhyay ji has increased all over the world.

Deity of Maa Saraswati, completely crafted and printed in the laboratory through 3D Printing / Additive Manufacturing