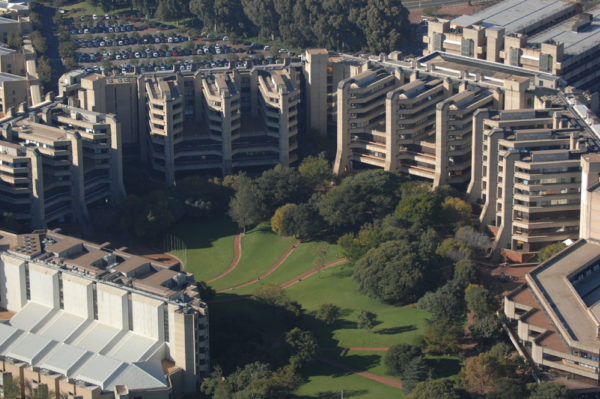 This year has been a great definer. As we waged a battle against an unknown entity, proponents of artificial intelligence (AI) were swift to act. Just last week, DeepMind announced that it has cracked what is referred to as a 50-year-old scientific riddle. It has solved the protein-folding problem. In other words, it can determine a protein’s 3D shape from its amino-acid sequence, making it easier to develop treatments for a range of diseases from cancer to the coronavirus.

To do this, researchers trained the DeepMind algorithm on a public database, which contained about 170,000 protein sequences and their shapes over a few weeks, running the equivalent of 100 to 200 graphics processing units. In recent years, DeepMind has been most recognised for its ability to beat human beings in games such as Go or Atari Classics. These were, in a sense, testing grounds for ultimately solving real-world problems.

As DeepMind’s founder Demis Hassabis said at the announcement last week: “It marks an exciting moment for the field. These algorithms are now becoming mature enough and powerful enough to be applicable to really challenging scientific problems.” In fact, many had expected this kind of advancement in AI only in a few decades from now.

This indicates the advent of the Fourth Industrial Revolution (4IR) – the era we find ourselves in, where intelligent technologies permeate all aspects of our lives. AI, which is the most significant technology of the 4IR, is already changing how we live, work and communicate by reshaping government, education, healthcare and commerce. In his book Deep Medicine, Eric Topol distinguishes between shallow and deep medicine. Shallow medicine is a healthcare system based on observations of community groups (for example, people of African descent have a higher risk of prostate cancer than other community groups), whereas deep medicine is based on individualised medicine that is enabled by AI.

Not only do we have more access to information than ever before, but we also see a confluence of cyber, physical and biological technologies that no longer exist in labs, but impact on us every day. Proponents have long argued that the 4IR could be the key to finding solutions to some of our most deep-seated problems. The unprecedented responses to the coronavirus pandemic have been an exemplification of this.

For instance, AI has made the detection of the coronavirus easier. Alibaba’s research institute, Damo Academy, has developed an AI algorithm that can detect the coronavirus in just under 20 seconds with 96% accuracy. The AI was trained using 5,000 samples from confirmed cases and can detect the virus from chest CT scans, differentiating between infected patients and general viral pneumonia cases.

South Korea was swift to act following the outbreak in China, anticipating a spread into its borders. The government organised the private sector to develop testing kits for the virus. Molecular biotech company Seegene in South Korea used AI to accelerate these kits’ development. This facilitated the submission of its solution to the Korea Centers for Disease Control and Prevention (KCDC) only three weeks after scientists began working on this solution. Under normal situations, this process would have taken two to three months with an approval process of about 18 months.

It is not just pockets of AI that have cropped up in these regions. The opportunity for AI to speed up the implementation of vaccines, drugs and diagnostics is gaining traction elsewhere. Projects such as the Covid-19 Open Research Dataset provide free access to the texts of almost 25,000 research papers, while the Covid-net open access neural network is working on systems similar to those deployed by the Damo Academy.

Companies such as BenevolentAI, based in the United Kingdom, are using AI and the available data to scour through existing drugs that could be used to treat coronavirus patients until a vaccine becomes available.

Vir Biotechnology and Atomwise, start-ups in the United States, are using algorithms to identify a molecule that could facilitate treatment. Now, as various vaccines are in the final testing stages, algorithms are being used to sift through data on potential adverse reactions. Companies such as Genpact UK have signed contracts with the UK government to ensure that nothing is missed as preparations begin for mass vaccinations in the coming year. This is significant given the rapid timeline in which many of these vaccines have been developed and the various unknowns that remain.

AI solutions once thought of as futuristic and unrealistic are now commonplace. We see far more advances than we had expected at this stage, perhaps indicating the urgency that the pandemic has presented.

Similarly, there has been a shift to find AI solutions in Africa. Data science competition platform Zindi which is based in South Africa and Ghana has initiated a competition sponsored by the Artificial Intelligence for Development-Africa Network (AI4D-Africa), which requires data scientists to create an epidemiological model that forecasts the spread of Covid-19 throughout the globe. This is critical for both policy makers and health workers to make informed decisions and take action.

Of course, it is not only in the context of the coronavirus pandemic that there have been AI advances. There have been great strides in bridging some of the inequalities that exist in the healthcare system. In Rwanda, for instance, the government has collaborated with US start-up Zipline to deliver blood supplies by drones to remote areas. Where a journey would have taken three hours by car, a drone can complete the trip within six minutes. This addresses emergency medical supply requirements in rural areas.

Just last month, to improve access and quality of services to rural communities in South Africa, the Department of Health in Limpopo installed CT-Scans and Picture Archiving Communication System (PACS) in the province. The availability of this equipment at regional hospitals now improves the speed of diagnosis and management of the associated conditions and indicates an embracing of the 4IR.

This is vital because according to the General Household Survey conducted by Statistics SA, only 17% of South Africans have medical insurance, the critical key for private healthcare. About 82% of South Africans fall outside the medical-aid net, and, as a result, are largely dependent on public healthcare. According to Statistics South Africa, in 2017, 81% of households that used public healthcare services were “satisfied” or “very satisfied” with public facilities’ services.

AI also addresses concerns of a shortage of doctors, particularly in the public sector. For example, the increased speed and accuracy of cancer diagnostics through analytics – which can characterise tumours and predict therapies – has not replaced doctors, but quickened their efforts and given them the space to attend to more patients. Technologies such as AI will decrease the cost of health care globally.

Almost two-thirds of healthcare costs are from non-communicable diseases such as cancer, strokes, heart failure and kidney failure that can be treated more effectively and at less cost if diagnosed early.

As Dhruv Khullar, a physician at New York-Presbyterian Hospital, said, “most fundamentally, it means recognising that humans, not machines, are still responsible for caring for patients. It is our duty to ensure that we are using AI as another tool at our disposal – not the other way around”.

AI solutions once thought of as futuristic and unrealistic are now commonplace. We see far more advances than we had expected at this stage, perhaps indicating the urgency that the pandemic has presented.

What is clear is that, like many other sectors, health care will be transformed by AI and we need to ready ourselves for these shifts. As Enrico Coiera aptly put it in The Lancet in 2018, “what is the fate of medicine in the time of AI? Our fate is to change”.