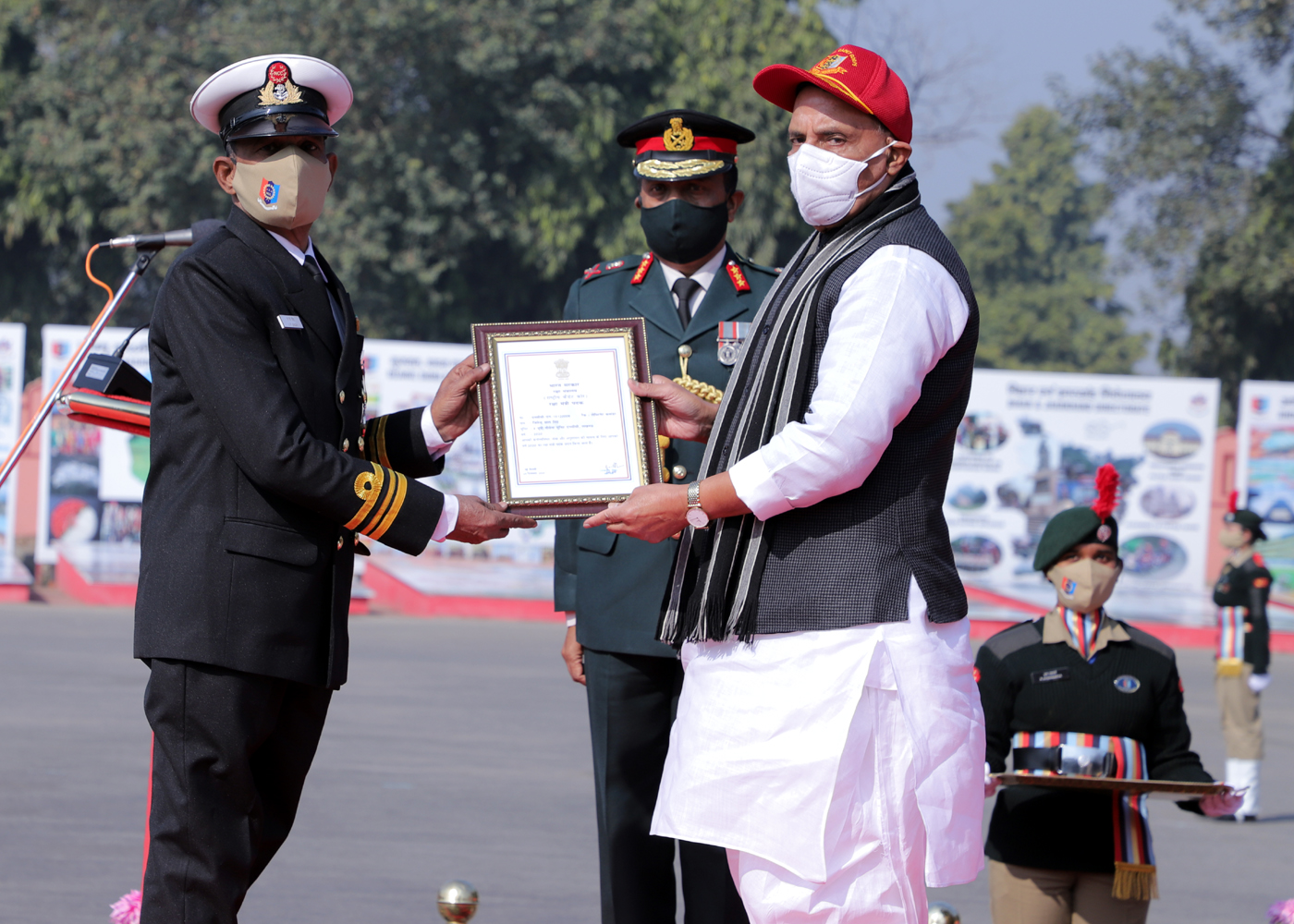 In his address, Shri Rajnath Singh complimented the NCC for its contribution as frontline Corona Warriors through ‘Exercise NCC Yogdan’ in which 1,39,961 cadets & 21,380 staff from all over the country participated in prevention of COVID-19 pandemic by taking up various activities like traffic management, distribution of food and essential items, queue management, preparation and distribution of mask to needy people, etc. Raksha Mantri also praised NCC for taking up initiative towards digitisation by launching NCC Training App and Digital Forum for benefits of all its cadets and associate NCC officers.

Referring to the expansion of NCC by one lakh cadets in the border and coastal areas announced by Prime Minister Shri Narendra Modi from the rampart of Red Fort on August 15, 2020, Raksha Mantri expressed his happiness and complimented NCC for completing the target of enrolment of one lakh cadets in a short span of time in 1,104 schools and colleges in the border and coastal areas.

Shri Rajnath Singh also complimented the NCC fraternity, for making invaluable contributions towards Digital India, Atmanirbhar Bharat, National integration and Nation Building, through multifarious activities. He said that the NCC is doing a yeoman service to the Nation by transforming the youth of the Nation into a cohesive and disciplined force.

University of Southampton: Online support for blood pressure management at home is effective and low-cost