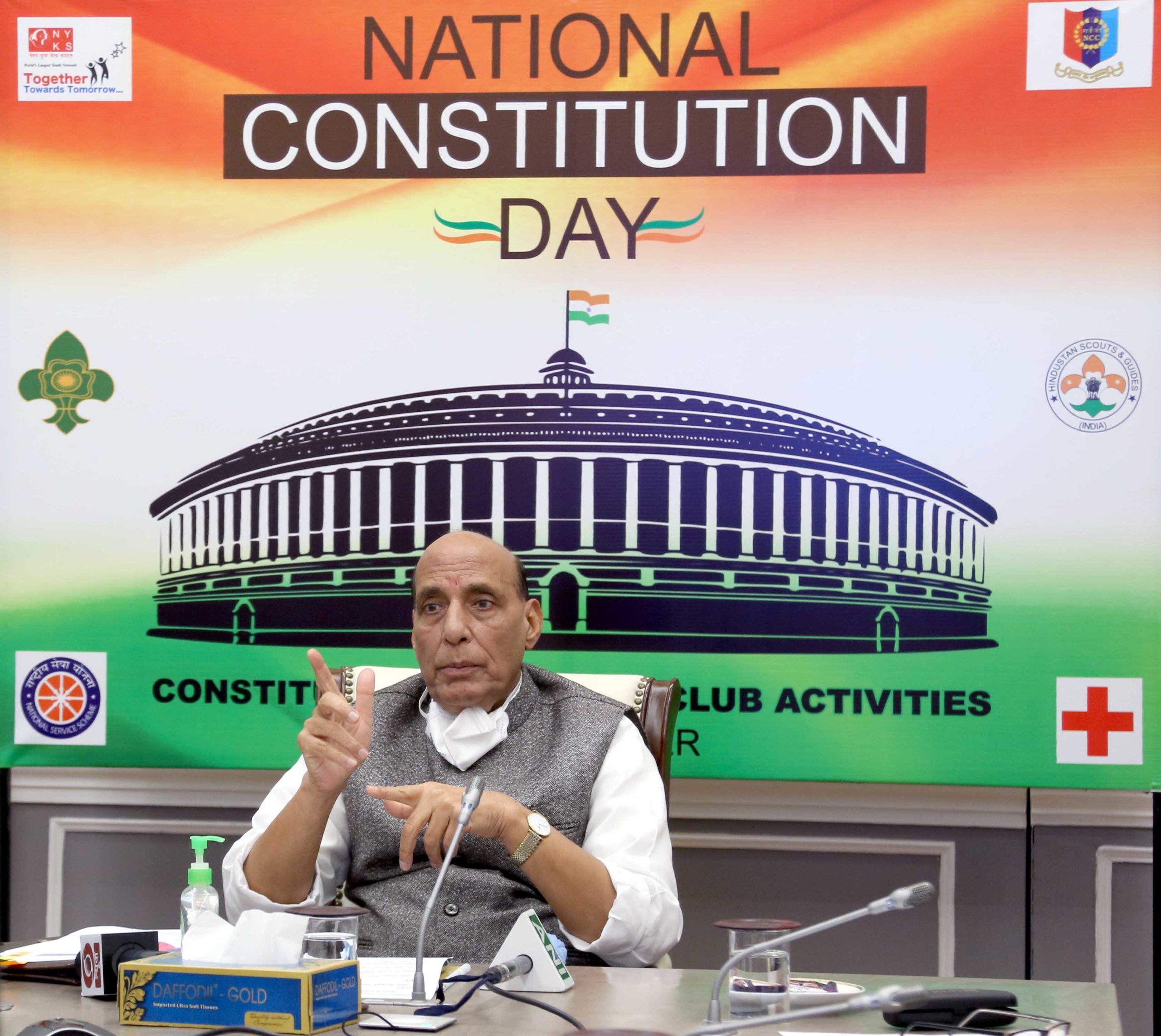 New Delhi: Raksha Mantri ShriRajnath Singh today inaugurated a month-long nationwide Constitution Day Youth Club activities programme organised by the NCC through a Video Conferencing from New Delhi. The aim of the programme is to mobilise youth to spread awareness about the Indian Constitution amongst the people across the nation.

In his inaugural address Raksha Mantri exhorted the youths of the country to understand the spirit of the constitution and work sincerely to realize its ideals. He said our Constitution was shaped after years of intense discussions and deliberations. The preamble of our constitution begins with “We” and it thus, depends upon all of us how we take our country and our system forward. He said we need to make people aware of their rights as enshrined in the constitution but at the same time make them aware of their duties also as both rights and duties are linked to each other. Without fulfilling duties one cannot enjoy his/her rights, he added.Shri Rajnath Singh said through this campaign, people should be made aware that the Constitution guides their lives through its core values of discipline, unity in diversity, freedom, equality, sovereignty and social solidarity. This is necessary to build a ‘New India’, he added. Shri Rajnath Singh further said, taking inspiration from great leaders such as Mahatma Gandhi, Swami Vivekananda, Dr. B. R. Ambedkar and Pandit DeenDayal Upadhyay, we should follow the ideals of the constitution with resolute firmness.

The Key Objectives of the campaign are to spread awareness amongst the masses, about the basic tenets and the spirit of the Indian Constitution, to include awareness of fundamental duties enshrined in the constitution of India, Qualities of responsible and productive citizen, Importance of the Constitution of India and to spread the message of Dr. B. R. Ambedkar on equality and affirmative actions.

A Nationwide blood donation camp will be organised by volunteer youth from 22 to 24 Nov 20. During the campaign, the youth will also Promote the hashtags# Its My Duty(Department of Justice) and # MeraKartavya (NCC twitter handle)on social media. The awareness message will also be spread through Emails, Message and Banners. The campaign will include awareness programmes aimed at citizen’s responsibility towards nature and a one week cleanliness drive at home and in neighbourhood.